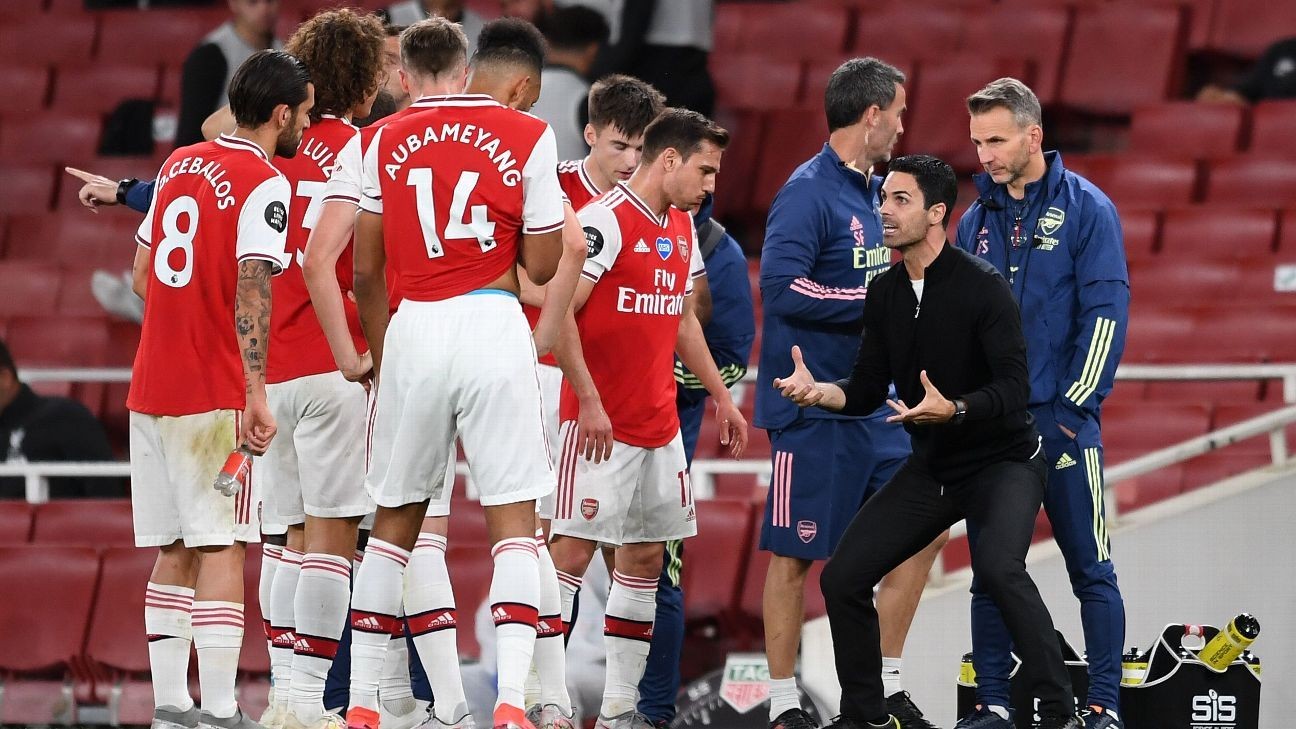 Arsenal manager Mikel Arteta has said that he is concerned about not having enough funds in the offseason to strengthen his squad.

Arsenal attack revolves around Lacazette in 7/10 showing as Gunners upset LiverpoolLiverpool aren't motivated by records, and another defeat, this time at Arsenal, proves it

The former Gunners captain, who took over as team manager earlier this season after the sacking of Unai Emery, said it will take investment if the club is to compete for titles.

"You need it to build a squad. It's not magic," Arteta told Sky Sports after Arsenal's 2-1 win over Liverpool. "You need to improve with quality, quality players in the squad and you need bigger squads to compete in this competition. There's the challenge."

Arteta does have Arsenal in contention for silverware this season as they will face Manchester City in the FA Cup semifinals on Saturday, but stressed that there is a chasm between the London side and the likes of City and Liverpool, despite Wednesday's win.

- Stream FA Cup matches on ESPN+
- What did you miss? The latest from Europe's top leagues

"The gap between the two teams [Arsenal and Liverpool] today is enormous," he added. "We can not improve it in two months, but the accountability, the fight is now equal and I am very proud of that. The rest will take some time."

Speaking in his post-match news conference, Arteta further elaborated on what it will take for Arsenal to try and win their first league title since the 2003-04 "Invincibles" season.

"We are in a process, we don't know at the moment," he said. "There is a lot of uncertainty in many areas, what we can control now is who we want to be as a team, the culture we are building in order to do that, the spirit to be successful and then improve our players.

"My main focus is to make our players better, make them feel more comfortable and create an identity for the club because it will be easier to say we need this, this and this."

Among the players Arteta has been keen on signing include FC Porto veteran Danilo Pereira, sources have told ESPN's James Olley. The club has already signed defender William Saliba from French side Saint-Etienne. David Luiz signed a one-year extension earlier this month, while Dani Ceballos has extended his deal at the Emirates until the end of the season. Other players joining on a permanent basis are Cedric Soares and Pablo Mari.

But with a limited budget due to the financial impact of the coronavirus pandemic and the prospect of a fourth season without Champions League football, it may limit options.