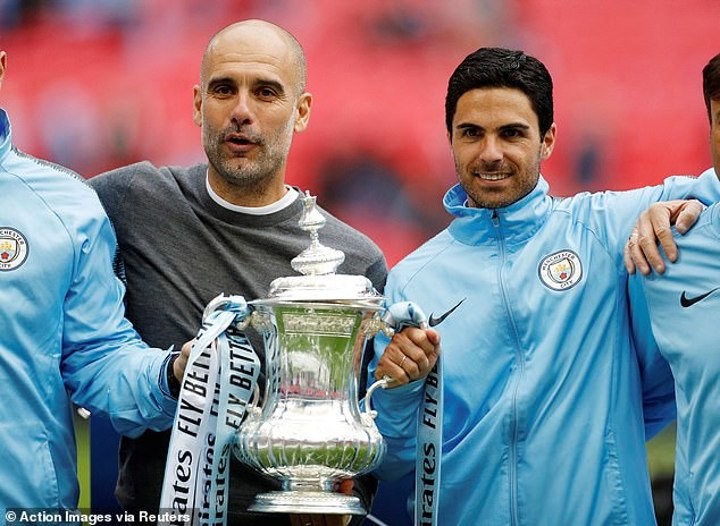 City announced on Monday that Dolors Sala had passed away aged 82 after she contracted coronavirus.

Arteta worked as understudy to Guardiola at the Etihad Stadium between 2016 and 2019, and he has delivered a heartfelt message to his former colleague.

‘I’ve been in touch with him… he was worried about his parents before because they’re getting older and they’d been trying to isolate,’ Arteta told Sky Sports.

‘It’s really sad news. I know the family really well. I send my condolences to them and hopefully they can go through that all together.'

Spain have recorded over 153,000 cases, the 2nd most of any country and 10,000 more than Italy, and Guardiola had already donated £900,000 to his country of origin in the fight against the virus.

Guardiola's 82-year-old mother is one of 15,447 deaths in the country, a fraction of the 1.5million recorded cases worldwide.

City players such as  Gabriel Jesus, Kevin De Bruyne and Bernardo Silva have sent public messages to Guardiola, with the rest of the club staff contacting the 49-year-old privately.

Jesus tweeted: 'I'm very sorry for your loss, Pep. I wish strenght to your family to keep going. May God bless you in this very difficult moment and may your mother, Dolors Sala Carrió, rest in peace.'