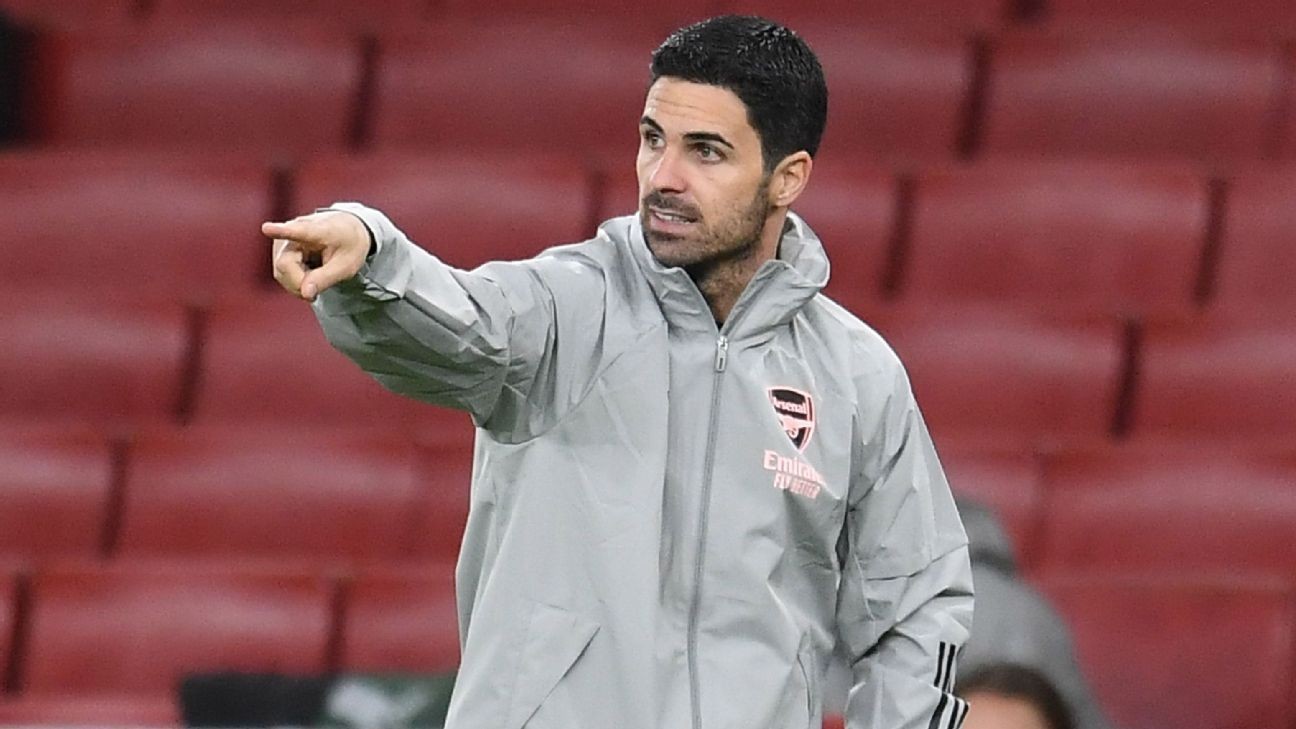 Mikel Arteta believes Arsenal's trip to Manchester United on Sunday is the "perfect scenario" to get their Premier League season back on track.

The Gunners are 11th in the table after suffering back-to-back League defeats to Manchester City and Leicester City.

Arsenal have not won a league game at Old Trafford since 2006 and are currently 28 matches without victory away at a traditional "Big Six" club for almost six years, dating back to a 2-0 win at Manchester City in January 2015.

However, Arteta believes another tough challenge against United -- who thrashed Red Bull Leipzig 5-0 in their midweek Champions League encounter -- is just what his team needs to rediscover their best form.

"It would be great, I think it's been 14 years since Arsenal have won a Premier League game at United and, after the defeat like we had against Leicester last week, I think it's the perfect scenario to go there and try to do that," said Arteta.

"I'm not concerned about performances because you can see the trend and how we are evolving. It's just those margins, how we manage the margins within the games and those game moments when we try to get wins and not lose those games.

"It was against Liverpool [in a 3-1 defeat], we had two or three chances to do what they did, the same with Manchester City and the one against Leicester which was a different game because they approached the game in a really different way.

"But again, we will go to Old Trafford with the same mindset to go there and try to win the football match and improve, every three or four days. We are in a process and hopefully we will be a more solid and ruthless team week in and week out."