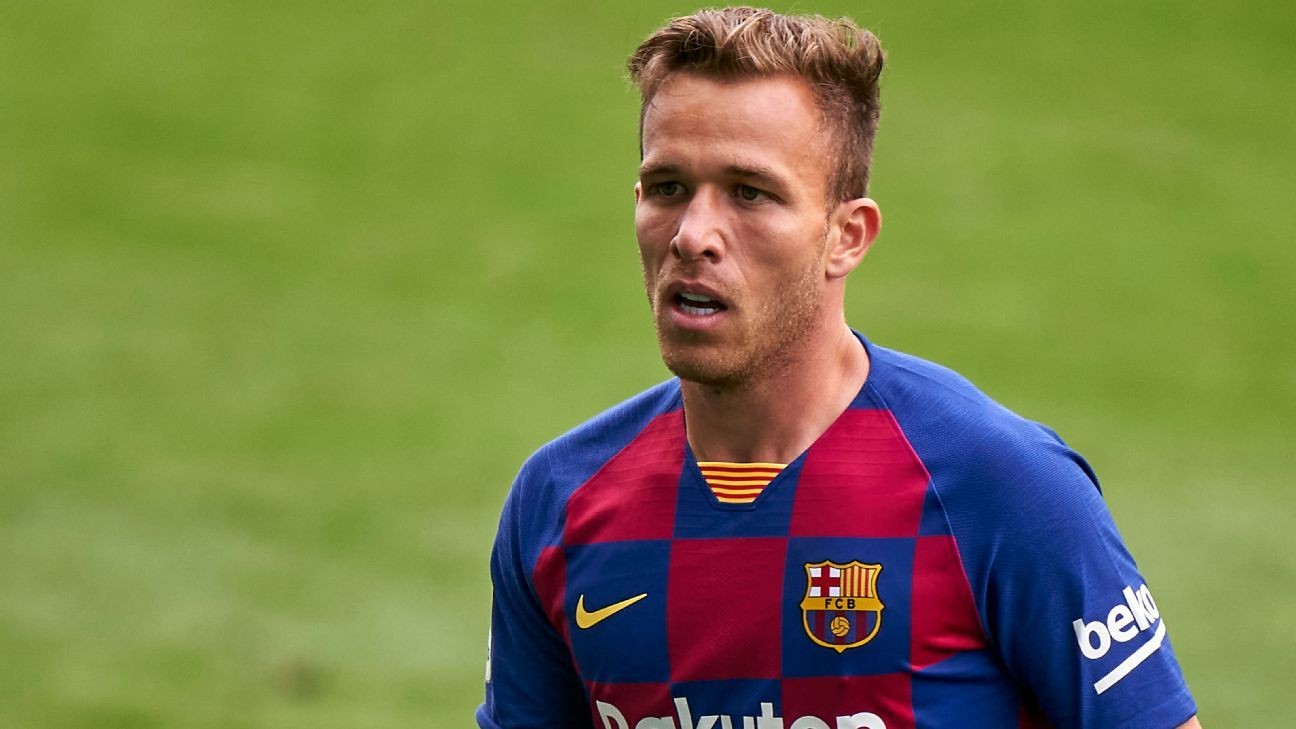 Barcelona president Josep Maria Bartomeu has said midfielder Arthur Melo is facing disciplinary action after showing a "lack of respect" towards the club after refusing to return to training.

The Catalan club agreed to sell Arthur to Juventus in July with Miralem Pjanic arriving from the Turin club once the season is completed.

However, Arthur failed to report to Barcelona for training on June 27 after a week off and remains in Brazil.

"He has decided not to return because he believes his chapter at Barca has ended," Bartomeu told Diario Sport when asked about Arthur.

"It is his decision. No one has given him permission. I assume what has happened is that he has gone to Brazil and wants to extend his holidays. That has forced us to open disciplinary proceedings against him because he has to play with Barca until the season is completed. In this case in the Champions League, just like Pjanic.

"It was an agreement between the clubs. What he has done is a lack of respect to his teammates because the team wants to do well in the Champions League and also to the club. It is unjustifiable and totally incomprehensible."

Bartomeu added that he was surprised by Arthur's stance despite reports that the Brazil international wanted to end his contract with the Catalan giants immediately.

"Apart from the fact that if a worker doesn't work, he doesn't get paid, it's not logical that playing for such an important trophy, a player decides to erase himself [from the team]," he said.

Arthur joined Barca in the summer of 2018 from Gremio and has made 28 appearances for the club this season.

He did not feature in Barca's last six league games of the season, with his last appearance in a 2-2 draw at Celta Vigo on June 27.

The 23-year-old had been reluctant to move, initially wanting to stay at the Camp Nou, but was convinced by Juventus to move to Serie A.