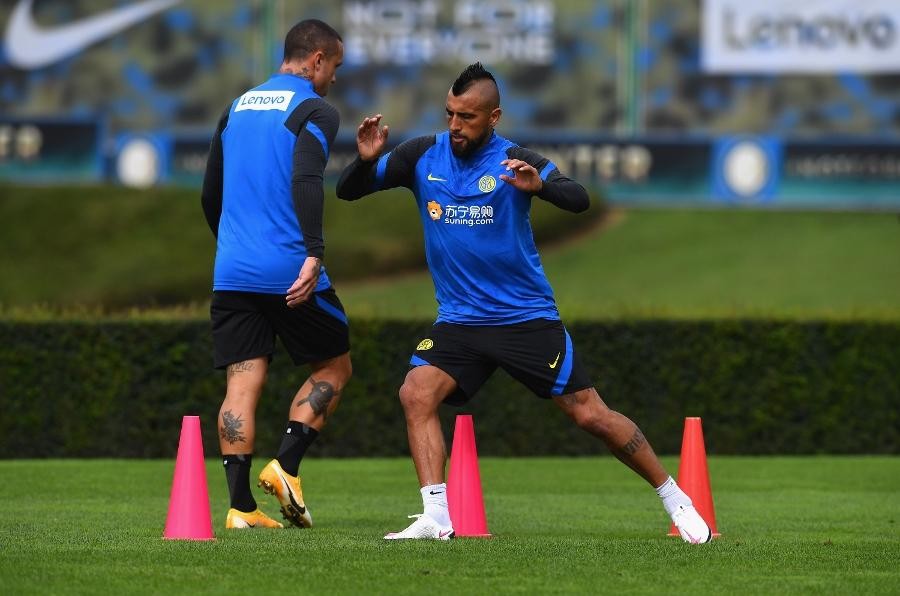 Arturo Vidal trained for the first time with the Nerazzurri. The Chilean midfielder, who arrived in Milan on Sunday evening, officially became an Inter player on Tuesday after undergoing the required medical checks and signing his contract at Inter HQ in the presence of President Steven Zhang.

The former Barcelona midfielder, who will wear the number 22 shirt while at Inter, was involved in his first double training session with his new teammates at the Suning Training Centre today, during which he posed for a special photo with Alexis Sanchez. The two were once teammates at Colo-Colo and, of course, have played together for the Chilean National Team.