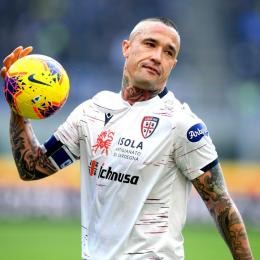 While his loan-spell deal with Cagliari is going to be over, 32-year old Belgian midfielder Radja Nainggolan, still on a parent-club deal with Inter Milan until June 2022, has been linked to a move back to AS Roma. To this end, while his current profile isn't seemingly matching the club's policy, most Giallorossi fans are going nuts over such rumour. "The Ninja", who used to play for AS Roma from 2013/14 second half to the end of 2017/18, is tracked by Fiorentina and Newcastle as well. Purchased by Neroazzurri on a 38 million euros transfer fee, about two years ago, Nainggolan is now worth less than half that sum.