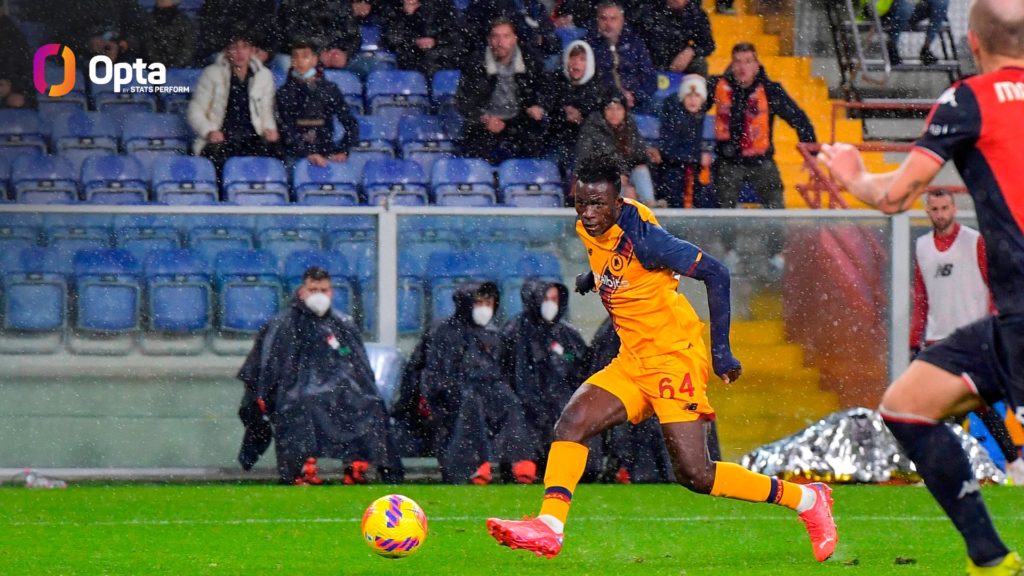 Ghanaian whiz kid Felix Afena-Gyan became the first player born in 2003 to score in the Italian top flight after his pair of goals helped AS Roma to beat Genoa 2-0 on Sunday.

The 18-year-old was making only his third Serie A appearance for the Giallorossi after his promotion from the Primavera.

Jose Mourinho introduced Afena-Gyan in the 74th minute and eight minutes later he opened the scoring with a well-placed shot.

But his second was even better with a stunning strike from distance in stoppage time to announce himself on the big stage in emphatic fashion.

The goals mean he is the first player born after 1/1/2003 to have scored a goal in Serie A, according to Opta.

Afena-Gyan is the youngest player able to score 2+ goals in a single match in the Big-5 European Leagues 2021/22.

And the youngest Roma player to score 2+ goals in a single Serie A match in the 3 points for a win era.

With his goals, Afena-Gyan would fancy getting more first-team opportunities.