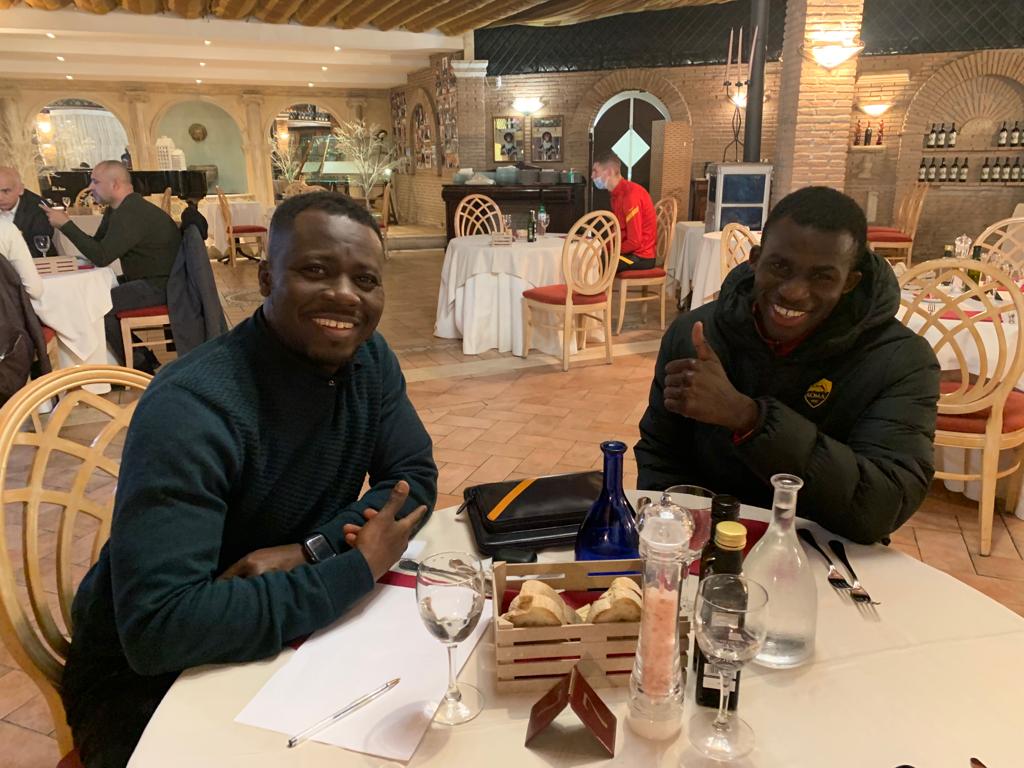 Agent Oliver Arthur and Felix Afena-Gyan in AS Roma.

Renowned FIFA agent Oliver Arthur has paid glowing to the Ghanaian machinery which scouted, refined and transferred the new kid on the block Felix Afena-Gyan to AS Roma.

This is meant to scuttle comments by Dutch scout Sebastien Arnesen that he spotted the player after just 10 minutes into a game he watched in Ghana.

But the facts remain that  the player was picked by a local scout Gideon Attoh of ArthurLegacy Sports during an inter-schools competition in the Brong Ahafo Region. 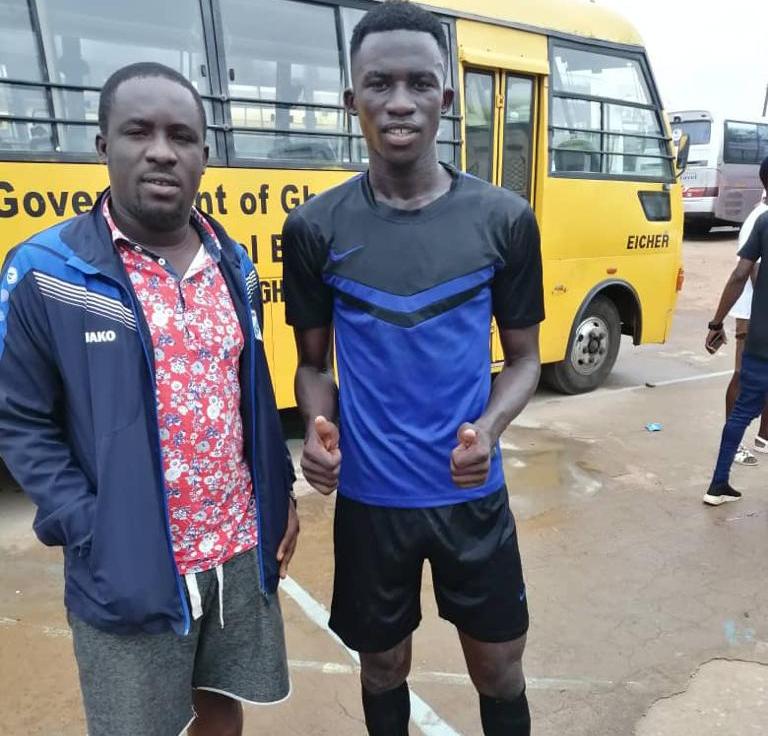 Scout Gideon Attoh and Felix Afena-Gyan when he was selected at the Inter-Schools and Colleges match.
Arthur tweeted on Saturday: ''The whole story of Felix Ohene Afena Gyan is MADE IN GHANA. Scouting in Sunyani by @GideonAttoh, training in Accra by EurAfrica and finally deal brokered in Roma by @oliverarthurALS.''

The 18-year-old has hogged the headlines in recent weeks after scintillating displays for Jose Mourinho's side in the Italian Serie A.

Last week, he climbed off the bench to net a pair of goals which propelled Roma to a 2-0 win at Genoa.

Afena-Gyan becomes the first player born in 2003 to score in Italian top-flight.