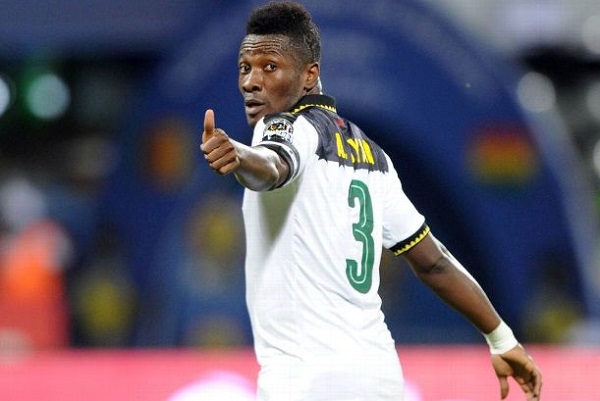 Former Ghana defender Sam Johnson has implored the Ghana Football Association to consider organising a testimonial match for one of the country's all-time greats in the sport.

The former Black Stars captain is the country's all-time leading scorer with 51 goals in 106 appearances and Africa's leading top scorer with six goals at the FIFA World Cup.

Gyan has been to numerous Africa Cup of Nations tournament and has lost the title on two occasions in 2010 Angola against Egypt and 2015 Equatorial Guinea-Gabon against Cote d'Ivoire in the finals.

After an illustrious career with the national team since 2003, Sam Johnson is proposing a befitting farewell ceremony should be held for Gyan which is something strange the Ghana FA fails to honour its national heroes.

“It would be good for them to organise a testimonial match, but I don’t think they will do it. It’s never in their minds to organise such ceremonies for our players, ” he told Hello FM.

“It would have been good for Ghana to do that but as I said they wouldn’t do it.

“I hope they’ll listen and find something to do. Have you seen them organised such programmes for the great players who played for Ghana before our era?

” It is never in their minds but it would have been a nice thing to do.”, he deserves.

However, Gyan has insisted that he still has what it takes to continue his career despite the recurrent injuries.

The 33-year old is currently without a club after leaving India side NorthEast United.

In 2010, he was named BBC African Footballer of the Year.

Asamoah  Gyan is the second-highest scoring Ghanaian at Afcon with eight goals.