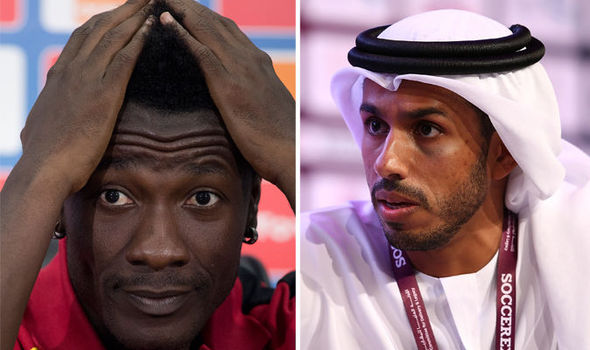 GETTY Mohammed Hazzam Al Dhaheri the secretary of the UAEFA

ASAMOAH Gyan could face sanctions because his mohawk hairstyle is “unethical” according to the United Arab Emirates football association body (UAEFA).

The Ghanaian is currently on loan at Al-Ahli who play in the Arabian Gulf League from Chinese Super League team Shanghai SIPG. In a clampdown on hairstyles, former Sunderland striker has been found to have “unethical hair” under strict UAEFA rules joining more than 40 others who have fallen foul of the law.

Islamic teachings have been known to ban ‘Qaza’ haircuts – which include mohawks – because ‘the one who cuts his hair should make it all the same length’. Gyan sported his new mohawk, with the number 3 shaved into the side of his head, during the African Cup of Nations. 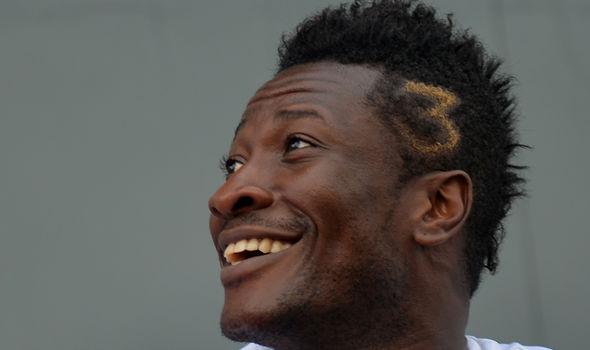 GETTY The mohawk has been deemed 'unethical'

He is not the first player to land himself in trouble with the UAEFA because of his haircut. Saudi Arabian goalkeeper Waleed Abdullah was recently told by a referee to cut his ‘un-Islamic’ hair before playing for his club side Al Shabab.

Players and club officials reacted with disbelief as the player's small mohawk was removed with scissors. Suhail Al-Mansoori of Al Wahda has also been ordered to cut his perm. 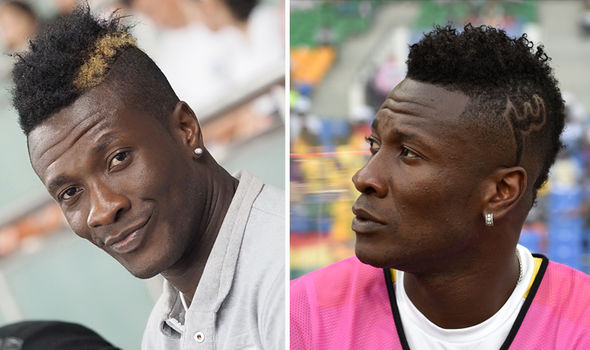 GETTY Gyan sported his new mohawk, with the number 3 shaved into the side of his head

Individual match referees are charged with judging whether players' haircuts are appropriate.. Players who are deemed to sport unacceptable styles are first sent a warning letter, with punishments escalating to fines and suspensions if the ruling is ignored. Gyan and the 45 other players have been sent a warning letter. It is not yet known whether any further action will be taken. The 31-year-old Ghanaian international has sported a number of flamboyant hairstyles during his career but it is not his first time playing in the United Arab Emirates as he previously played for Al Ain FC.