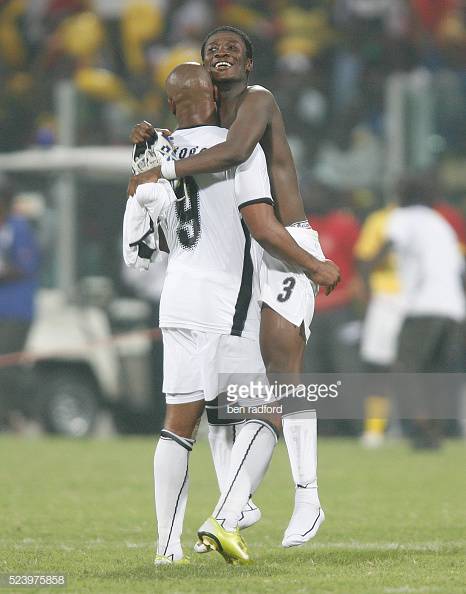 Manuel "Junior" Agogo and Asamoah Gyan of Ghana celebrate the win over Guinea in the opening Group A match of the 2008 African Cup of Nations between Ghana and Guinea at the Ohene Djan Stadium in Accra, Ghana, West Africa. (Photo by ben radford/Corbis via Getty Images)

Former Ghana captain Asamoah Gyan has been left devastated by the news of the death of Junior Agogo.

Agogo died on Thursday morning at a hospital in London.

The former Nottingham striker and Sheffield Wednesday was hospitalized in 2015 after suffering stroke which debilitated him.

Gyan was part of Ghana's squad for that tournament and he tweeted: "Gutted..Thanks for the memories JUNIOR R.I.P bro"