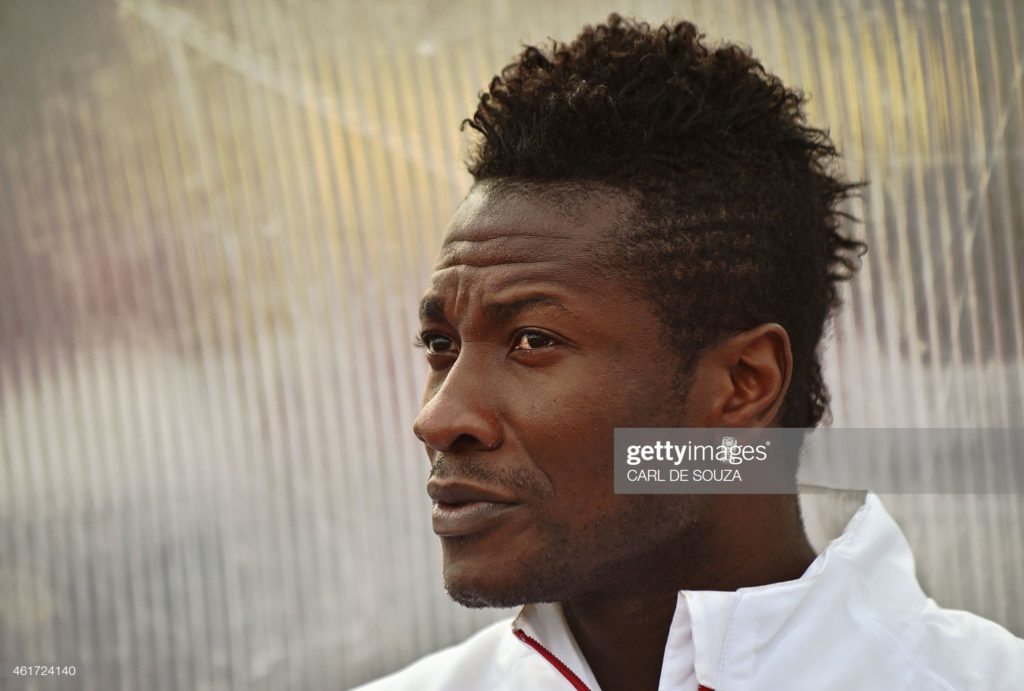 Ghana's Captain Asamoah Gyan sits during his team's training session as part of the team's preparation for the African Cup of Nations football tournament at Mongomo stadium on January 18, 2015. Ghana's Captain Asamoah Gyan is likely to miss their African Cup of Nations football match against Senegal on January 19 after contracting malaria and spending a night in hospital. AFP Photo/Carl de Souza (Photo credit should read CARL DE SOUZA/AFP/Getty Images)

Ghana and Hearts of Oak legend Mohammed Polo has said that Asamoah Gyan should not be forced into retirement.

Gyan has been out of the Black Stars since his last featured for the side at the 2019 Africa Cup of Nations in Egypt.

The recent announcement by the Ghana FA on the new leadership structure of the national team has cast major doubt on the future of the former Black Stars captain as he was snubbed from the list.

Gyan was earlier stripped off the captaincy prior to the 2019 AFCON by former coach James Kwesi Appiah.

Mohammed Polo, a 1978 AFCON winner with the Black Stars says Asamoah Gyan should not be forced into retirement

“We don’t retire legends so we should allow him to play. Legends decide on their future. I had the same problem during my stint with Hearts of Oak, they wanted to retire me and that is why I joined Great Olympics”, he told Bryt FM.

“Hearts of Oak wanted to retire me at all cost but i told them we don’t retire legends. The truth is that legends retire themselves. No one thought him how to play football and so why do you want him out of the team”

“In fact, it won’t work for CK if he invites Gyan and put him on the bench because he has a high spirit.’’ he concluded.

The former Black Stars captain is the country’s all-time leading scorer with 51 goals in 106 appearances and Africa’s leading top scorer with six goals at the FIFA World Cup.