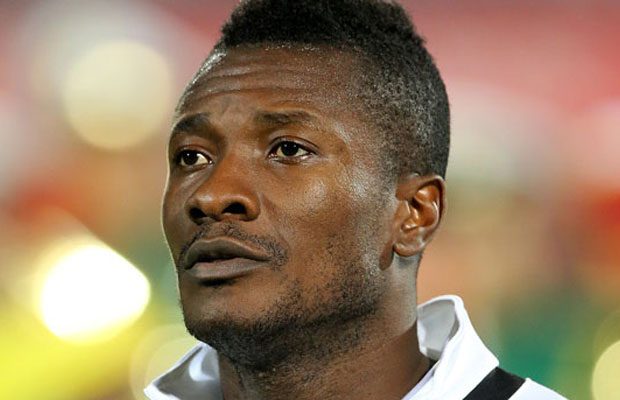 Asamoah Gyan got many Ghanaians shocked with his retirement from the Black Stars announcement on Monday, few days to the release of the squad for the 2019 Africa Cup of Nations.

The all-time top scorer of the Ghana national team was tipped to be the front runner at the Africa's biggest football tournament in June in Egypt.

But he has decided to call it a quit when it wasn't his initial thought of taking such step especially when everyone is awaiting Ghana's provisional squad for the tournament.

The Kayserispor forward took the decision to hang his boots internationally following a stripping of his captaincy by head coach Kwesi Appiah.

Gyan in a statement released on Monday indicated he cannot be a key part of the team whilst another player is captain at the same time.

According a aide to the legendary Ghana striker, coach Appiah believes Gyan has no luck on his side to able to lead the Black Stars to lift the 2019 AFCON trophy.

In the statement released on Monday evening, Gyan stated he "cannot pretend to be happy" which clearly shows the decision to retire from the Black Stars is a painful one.

It is this reason cited by the head coach that got the former Al Ain and Shanghai SIPG goal poacher pained and feels betrayed by a country he has served very well wholeheartedly at all levels and competitions since making his debut in 2003.

The 33-year-old made 106 appearances for Ghana and scored a record 51 goals, becoming the national team's all-time top scorer.

Gyan netted 8 times for the Black Stars in 29 games at the Africa Cup of Nations.

He also managed 6 goals in 11 appearances at three World Cups for Ghana, the highest by an African player.