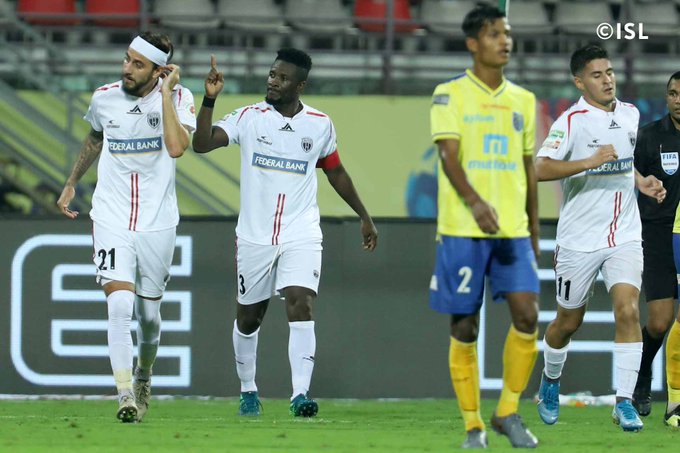 Ghana legend Asamoah Gyan was named Man of the Match in the Indian top-flight on Saturday when he played a pivotal role in NorthEast United's draw with Kerela Blasters.

Gyan rescued his side from defeat as he salvaged a point for NorthEast United in their match against Kerela Blasters in the Indian Super League on Saturday afternoon.

Gyan had only recovered from an injury he picked against ATK early this month and he returned to help his side to the draw and his overall performance pleased the organisers.

The 34-year-old joined his teammates in training on Saturday as they prepared for the encounter against Karela Blasters.

But the former Sunderland hitman silenced Blasters fans at the Jawarhalal Nehru Stadium — scoring a penalty on the 50th minute mark to rescue a point for his side.

Gyan has netted 4 goals and provided 1 assist in 8 league games for the club this season.