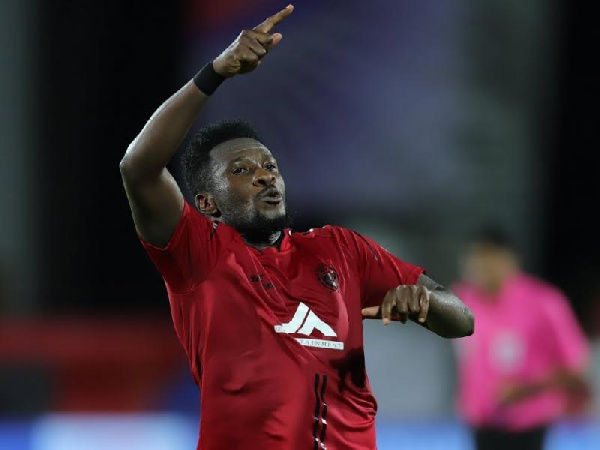 Former Black Stars captain Asamoah Gyan picked up an injury in NorthEast United's 3-0 home defeat against ATK in the Indian top-flight on Saturday.

Gyan got injured in the 9th minute when he clashed with ATK goalkeeper in a one-on-one situation.

His attempt was stopped and in the process had to leave the field due to pain on his right thigh.

Asamoah Gyan will undergo further test to ascertain the severity of the injury picked.

The former Al Ain striker has been in a great form since joining the club scoring three times and an assist in six league matches for the club so far.