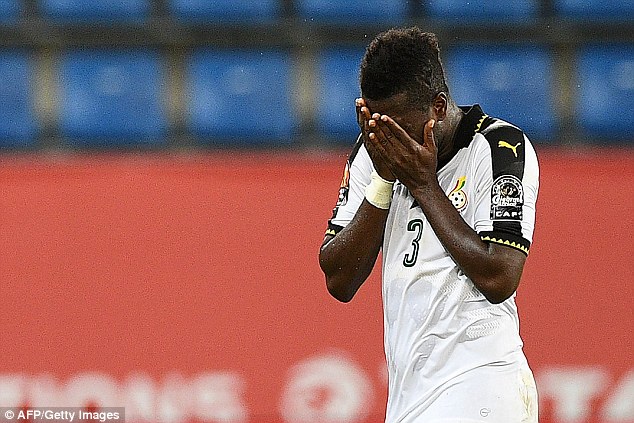 Ghana striker Asamoah Gyan has revealed he did not enjoy his seven-year captaincy.

Gyan's reign as leader of the Black Stars was characterized by widespread controversies.

The country's top scorer was sensationally stripped of the armband few weeks before the start of the tournament in Egypt.

And he has revealed he did not enjoy his reign as leader of the team.

"I didn't enjoy my captaincy. Partly, I will also blame the media for what happened," he told Asempa FM

"Many captains have come and gone,  and so why only me? I did not have my peace of mind during my seven-year reign.

"Too many agendas by some journalists accounted for a lot of the things that happened.

"People manufactured several stories against me simply because I was made the captain of the team.

"We are not honest. We say things and when they see you they pretend they don't like you."