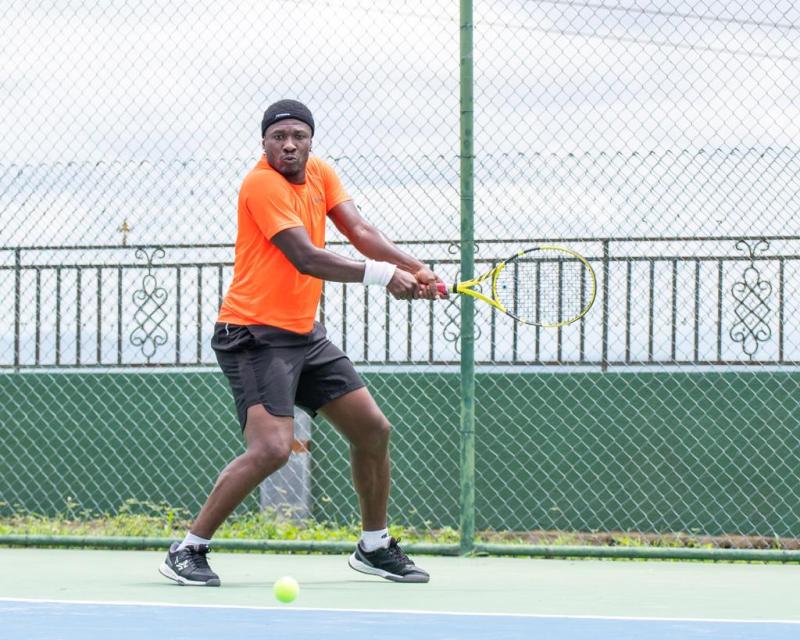 He told TV3 Sports: ''I like it when people make point- like when you come to the net and you make the point like the serve and volley. I think Roger Federer is good at that. He's a master class.

''Honestly, I learnt that from him so anytime I'm in difficulties, I just try to place the ball to the corner and attack the net. I think I'm special in that. That was what brought me into tennis.''

Gyan can best be described as a late bloomer whose interest in playing tennis piqued just months ago.

''I had wanted to play around-if I could remember around 2006- We were in Kumasi. I think we were in camp around that that time and I saw two people playing on the court,'' Gyan told TV 3 Sports.

''I took the racket and my first serve over the fence so I decided not to play. I went back to Italy, got some rackets, came back on holidays.

''I played like once and I lost interest so it was like ten months ago I decided to play because I normally watch tennis and I said to myself I can play so that's where I started.''

At age 34, the man who has shone at major international football competitions, is far from winning a tennis satellite or circuit but he claims .

''I just recovered from injury. I started training now. I'm not fit like before but I have been able to beat people. I learnt the techniques and it's working,'' he added.