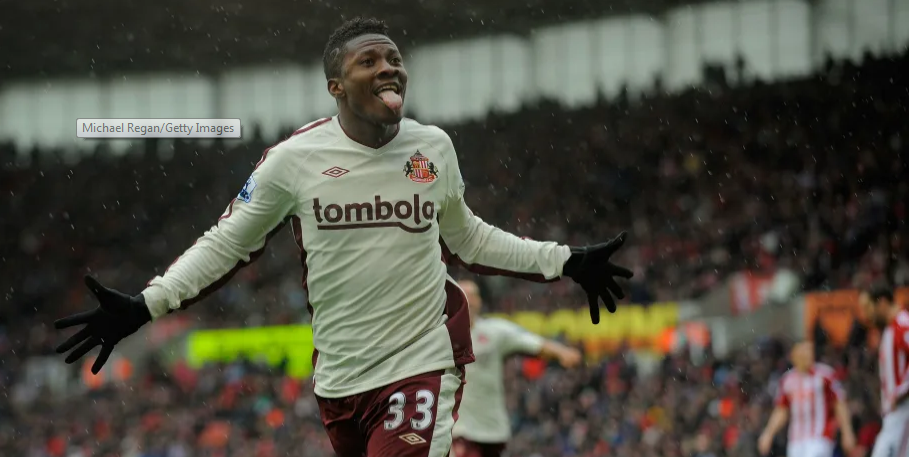 Asamoah Gyan's career feels like it's a collage that has been put together by a three-year-old who has been given some crayons and their first tube of Smarties; it's a crazy mishmash of ridiculousness that makes absolutely no logical sense.

The Ghanaian striker has played on three different continents, in eight different countries and for ten different clubs, while also having become a boxing promoter, mobile disco business owner and infrequent hip-hop artist on the side.

Just glancing over a brief history of his life is enough to give you a stress-induced migraine.

Starting his career in his native Ghana, Gyan eventually secured a move to Udinese in Italy, before moving on to Rennes to further his career. Believe it or not, the 34-year-old is still playing - although he is currently a free agent - and has spent the majority of the latter years of his career raking in the big bucks across Asia.

However, many of us know him best for his short stint in the Premier League with Sunderland, as well as his often eye-catching performances for Ghana. Despite being consistently inconsistent and never really achieving his potential, the forward has still managed to somehow score 164 goals in 356 career appearances, all while exhibiting unrivalled flair. 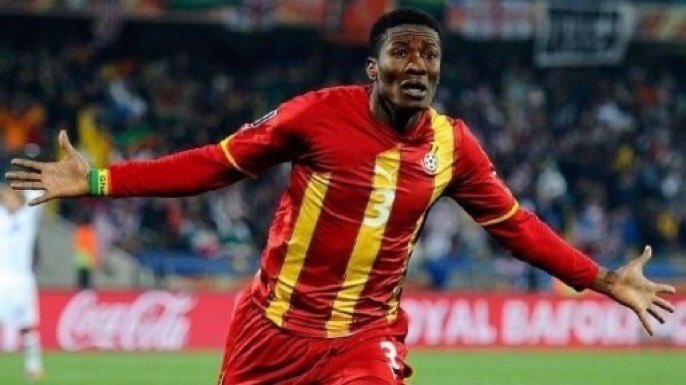 After having caught the world's attention at the 2010 South Africa World Cup - most notably for his important goals and crucial penalty miss following Luis Suarez's infamous handball for Uruguay - pretty much everyone had caught a little Gyan fever.

If it wasn't weird enough that the central striker donned the number three shirt for his country - something that has many football purists scratching their eyeballs out - his over-choreographed and remarkable goal celebrations certainly made him stand out...for better or worse.

Just when we thought Gyan would slip back into the obscurity that often follows a one-hit wonder World Cup campaign, trusty Steve Bruce came calling for the forward. 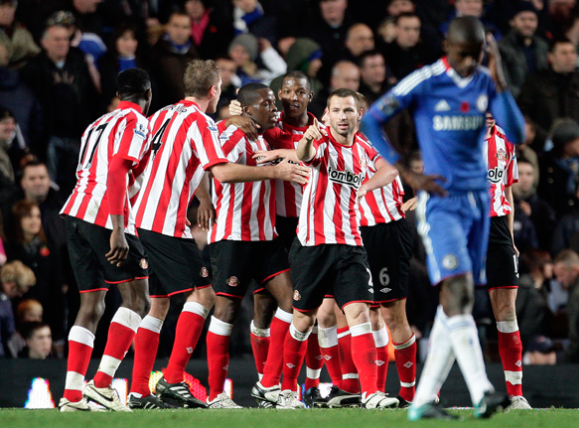 Not only did Sunderland and Bruce do English football a favour by bringing the eccentric striker to the Premier League, but it actually turned out to be a pretty clever transfer - even if he did set the Black Cats back a then club-record fee of £13m.

Gifted the squad number 33 - because two threes are better than one - Gyan actually turned out to be a pretty decent Premier League footballer, and not just a comedy cult hero.

Ten goals and five assists in his one and only season at the Stadium of Light wasn't half bad, especially when you consider he bagged a 94th-minute equaliser against local rivals Newcastle and an important goal in one of Sunderland's biggest scalps of the Premier League era - an emphatic 3-0 win against Chelsea at Stamford Bridge.

Gyan's goals helped the Black Cats to a tenth-placed Premier League finish, something that was considered fairly mediocre given the strength of Sunderland's squad. Regardless, the Ghanaian secured his place in the club's folklore, instantly emerging as a fan favourite in the north east.

Obviously, Gyan's decision to instantly trade elite European football for the vast fortunes of the United Arab Emirates and China after just one full season in the English top-flight somewhat hampered his reputation, but ultimately the forward is remembered fondly across world football for just being a bit of fun.

In a world where football is taken all too seriously, we all need a little Asamoah Gyan in our life. Someone who took the game with a pinch of salt and just embraced the joy of scoring goals and living the high-life of a professional footballer, he will always be looked back on as one of recent history's most interesting players.