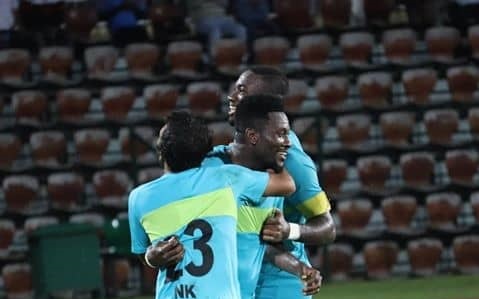 Ghana and North East United striker Asamoah Gyan, has warned defenders in the Indian Super  League (ISL) to be worried as he eyes more goals ahead of the new season.

The ex-Ghana captain joined North East United in September and has already hit the ground running as he scored his first goal in a friendly game against the India national team which ended 1-1.

The all-time leading scorer for Ghana, after scoring his first goal for the club has promised to score more.

He reminded the defenders of his scoring stats in the countries he has played in such as in France, Italy, England, United Arab Emirates and Turkey.

“My numbers don’t lie and opposition need to be wary of that.”, he said in an interviewn with NEUFC Media Day

Gyan and NorthEast United will start their campaign against Bengaluru on October 21.