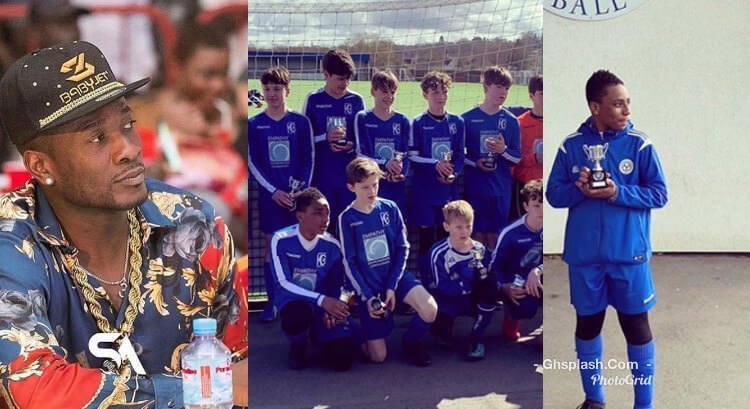 Frederick Gyan, the first son of Blackstars striker, Asamoah has won his 2nd trophy of the season.

The young lad plays in the United Kingdom with the youth team of Oxford City Football Club.

Two months ago, his mother Gifty Gyan did announce his first ever trophy at Oxford City.

The wife of Asamoah has sent his congratulations message to him for winning another trophy.

Gifty Gyan took to her Instagram page to share a photo which sees Frederick Gyan and his teammates posing with the trophy.