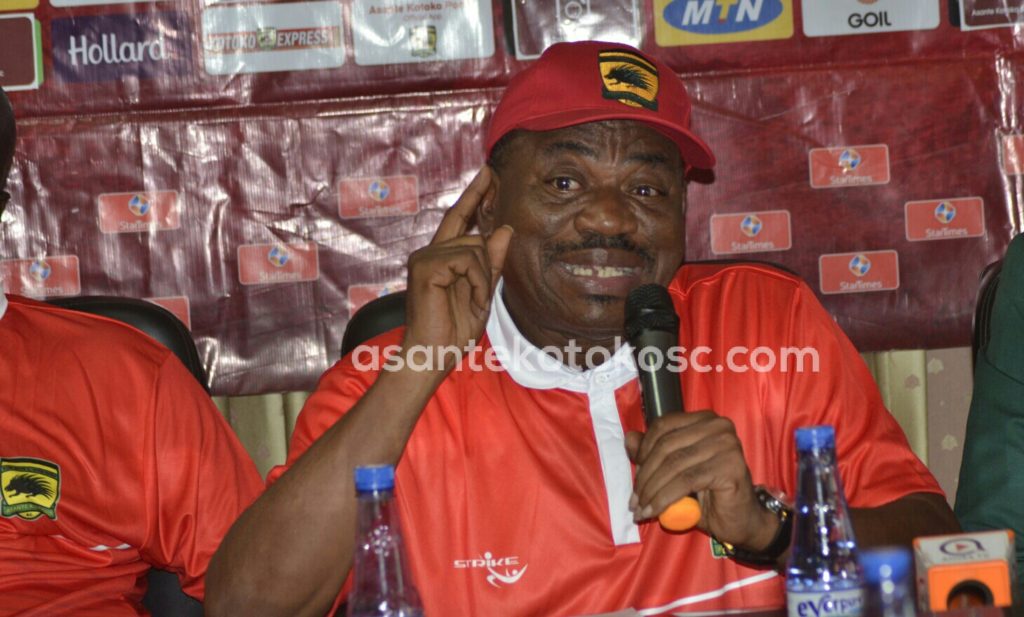 Asante Kotoko General Manager, George Amoako has disclosed that the team will plead with the Disciplinary committee of the Ghana Football Association (GFA) to reduce the number of home games to be played behind close doors following the ban placed on the team.

Asante Kotoko will have to play behind close doors in their next five games in the Ghana Premier League and have also been fined GHC 10,000 .

The team accepted the charges leveled against them by the Ghana FA Disciplinary Committee after last Sunday's game against Berekum Chelsea in match day three of the 2019/20 Ghana Premier League which saw their supporters attacking the referee and others throwing missiles onto the pitch in protest.

"The charge from the GFA is unfortunate but we will not pursue further ! All we have to do now is to apologize over that unfortunate incident".

We will only plea to the Disciplinary body to reduce the ban and we will never be litigants", George Amoako told FOX FM.