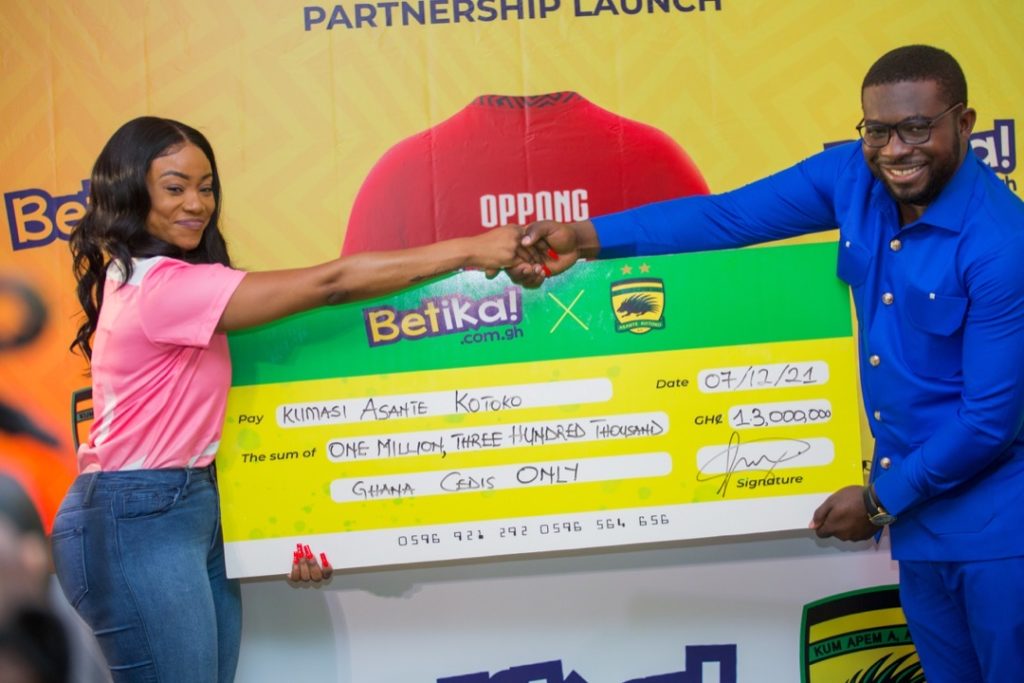 Asante Kotoko SC and betting firm Betika officially launched their partnership on Tuesday during a ceremony at the Golden Bean Hotel in Kumasi.

Some three weeks ago, the Ghanaian giants announced their partnership agreement with Betika over the next two football seasons.

Kotoko will be earning around 1.3 million cedis across that period and would get other benefits including football equipment, products from the betting company.

The club’s CEO Nana Yaw Amponsah was present at the ceremony to append his signature to the contract.

Other club legends in Ernest Appau, Joe Louis amongst others were also there to support the ceremony.