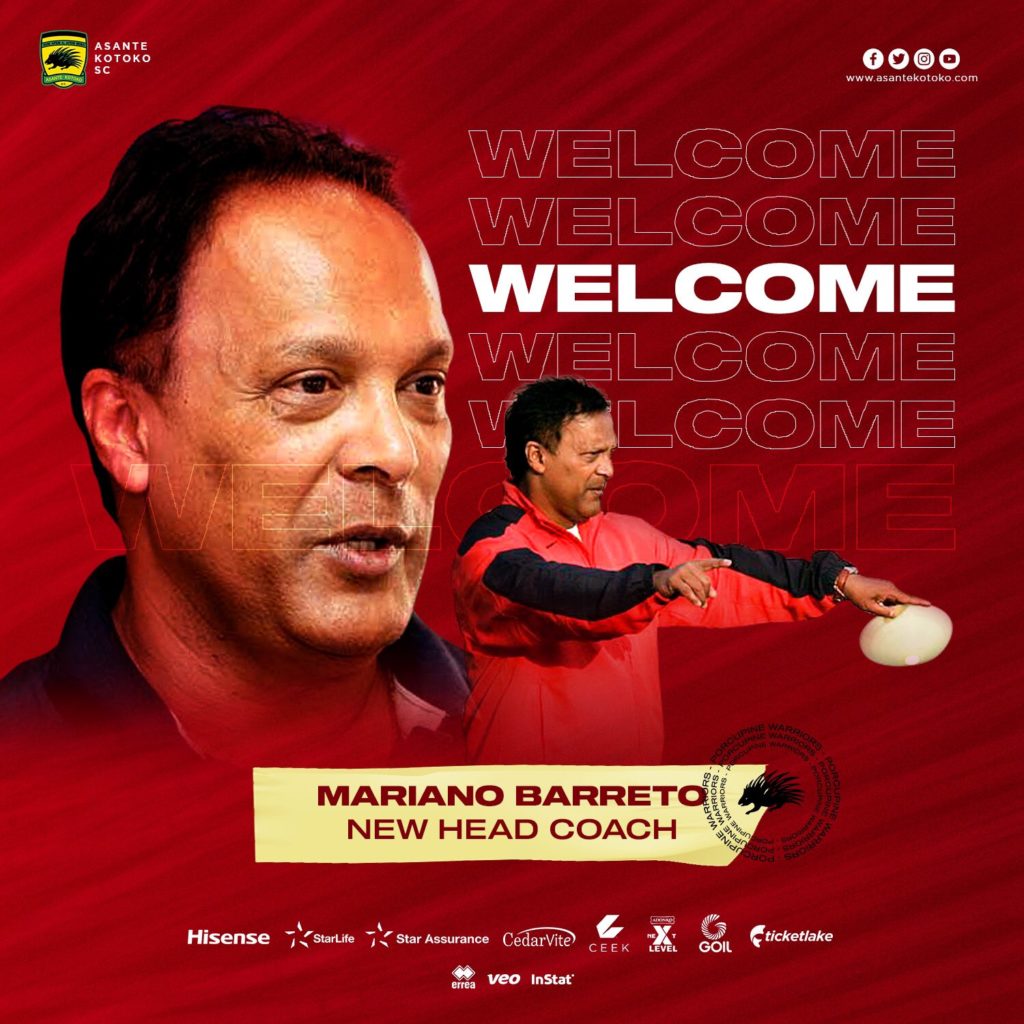 The Portuguese has arrived safely in Ghana to replace Maxwell Konadu who was dismissed in December 2020.

Abdul Gazele and Johnson Smith took over on interim bases.

The 64-year-old handled the Ghana national team from February 2004 to September 2006 where he started the 2006 World Cup qualifications campaign.

Barreto has also coached the Ethiopia national team between April 2014 and March 2015.

He last team was Lithuanian giants FC Stumbras and has handled several other clubs in Europe and in the Asia.