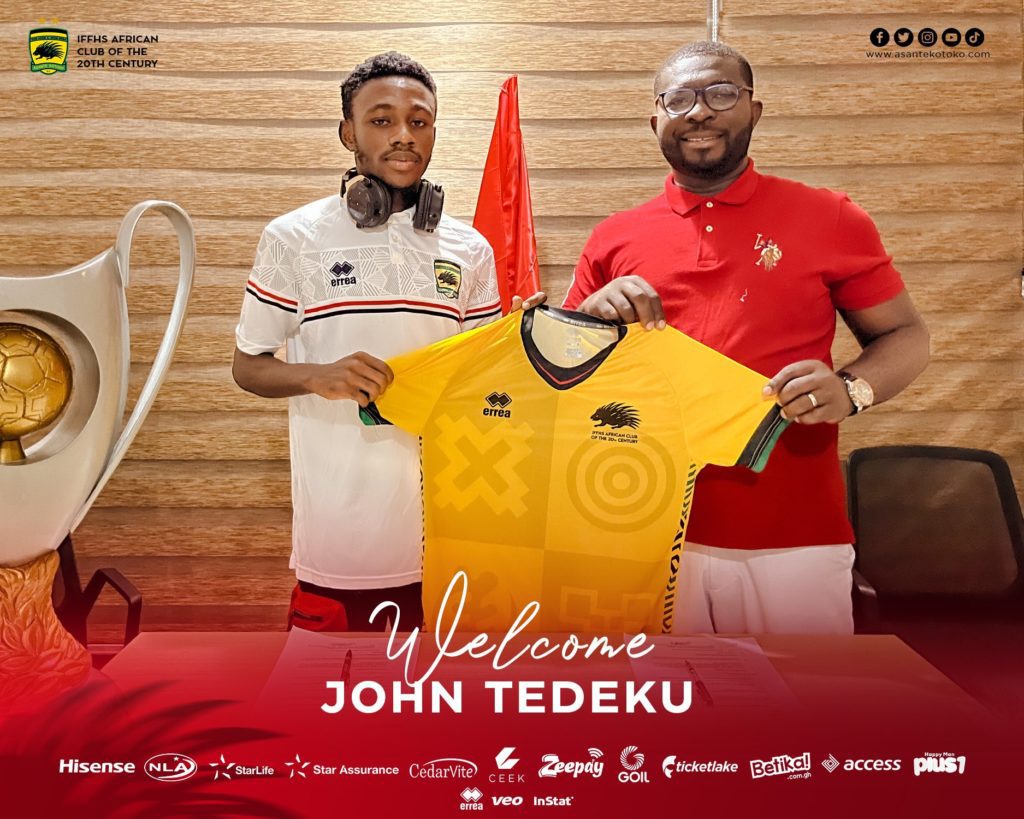 Asante Kotoko SC have officially announced the signing of young defender John Tedeku from WAFA SC for the upcoming season, GHANAsoccernet.com can report.

The 20-year-old left-back who has previously had a trial at Austrian side Red Bull Salzburg has signed a two-year contract with an option for another with the Porcupine Warriors.

Tedeku is expected to be a direct replacement to Ibrahim Imoro who has left Kotoko for Sudanese giants Al Hilal Omdurman.

The youngster had a decent campaign in the Ghana Premier League last term having made 28 appearances where he started 24 times.

He played a combined 16 matches for WAFA across the previous two seasons - 2019-20 and 2020-21 while following his promotion to the first team from the U17 team.

Kotoko sealed the signing of Tedeku on the transfer deadline day on Monday, August 22, 2022.