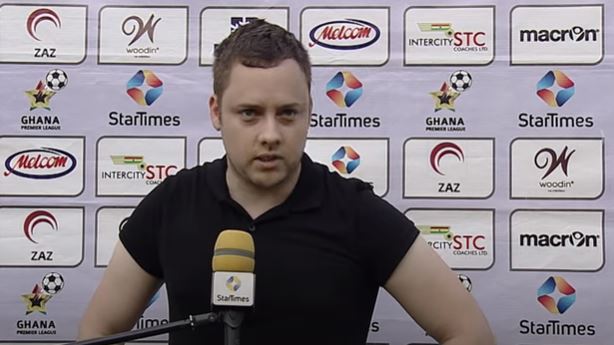 Former Ashantigold coach Romain Folz has revealed that he has been contacted by Asante Kotoko over the coaching role at the club next season.

The 31-year-old Frenchman in an interview with Kumasi-based Radio Station, Pure FM, disclosed that a member of the club's Board contacted him for the job.

Although he refused to reveal the details, Folz insists there's been contact with the club.

"I got a contact from someone within Asante Kotoko Board telling me to come and coach the club next season if I'm free. I didn't have much detail about him but he only said he's a member of the Board of Directors of the club," he said.

Romain Folz led Ashantigold in just a game and left despite signing a two-year deal with the Miners.

The reason for his immediate departure is still unknown, but it looks like the coach will be returning to Ghana in the coming months.

Meanwhile, coach Mariano Baretto remains in charge of the Porcupine Warriors, having joined the club before the start of the second round.

He missed Saturday's defeat at Bechem United as he serves a game suspension form the Ghana Football Association.