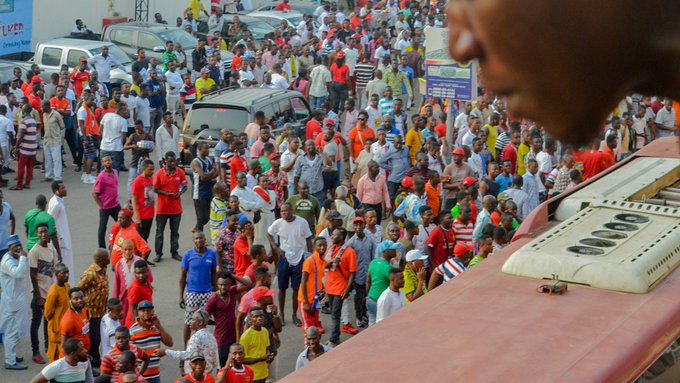 Asante Kotoko have been banned temporarily from using the Baba Yara Stadium for their home matches in the Ghana Premier League following Sunday's misconduct by fans.

The disgruntled followers of the club went berserk and wanted to physically assualt referee Charles Bulu after the 1-0 defeat to Berekum Chelsea.

The melee deteriorated when a policeman fired rubber bullets- to disperse the crowd- which hit the eye of fan an innocent fan.

A Ghana FA statement read: ''Following incidents at the Baba Yara Stadium during Asante Kotoko's Premier League match with Berekum Chelsea on Sunday, the GFA Executive Council has decided to temporarily ban Asante Kotoko from playing its matches at the Baba Yara Sports Stadium pending the adjudication of the matter by the GFA Disciplinary Committee.

''The GFA Executive Council at its meeting on Monday, January 13, 2020, decided to trigger the provision of Article 14(2) of the GFA Premier League Regulations.

''Article 14 (2) of the GFA Premier League Regulations states that: "the GFA may order the closure of any league centre/venue where the safety of clubs, match officials and/or spectators cannot be guaranteed."

''The GFA Prosecutor shall prefer charges against any person/party found to have breached any provision of the GFA Regulations or Disciplinary Code.''