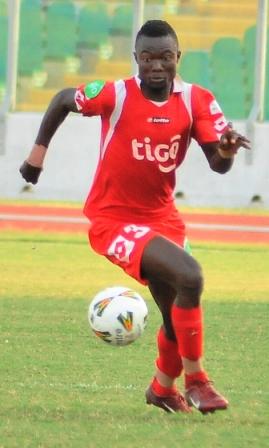 The match played at the Baba Yara Stadium forms part of preparations towards both teams league engagements this weekend.

Kotoko will be looking toÂ strengthenÂ their stay at the summit of the Glo Premier League when they host Liberty Professionals on Sunday.

A victory over Liberty will also mean the Porcupine Warriors will complete aÂ delightfulÂ league double over the Dansoman-based club after their 2-1 win in the first round encounter at the Accra Sports Stadium.

The 21-time Premier League champions are currently four-points clear off closest contender and rival Hearts of Oak ahead of the matchday 17 fixtures.