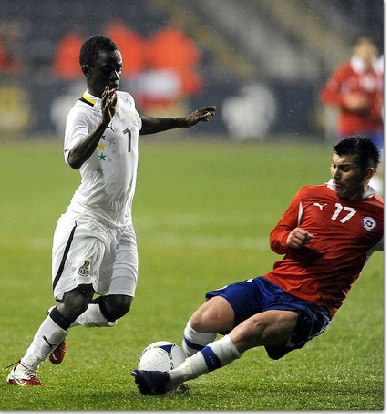 Promising Medeama SC winger Richard Mpong could be on his way to Asante Kotoko after the club requested for his services.

Head coach Maxwell Konadu is believed to be a key admirer of the 21 year-old who has impressed for the Mauves and Yellows and will need to cough up a substantial amont of money to prize him away from the club.

The club has officially written to Medeama to enquire about the availability of the youngster in a move to bolster their squad ahead of their participation in next seasonâ€™s Caf Champions League.

The meteoric rise of the right-winger saw him score on his Black Stars debut in the 1-1 draw against Chile in an international friendly at the PPL Park in Chester, Pennsylvania.

Mpong was a member of the Ghana Under-17 team who finished fourth at the 2007 FIFA World Cup in Korea.

He played a key role in the Ghana Under-23 side who won gold at the 2011 All Africa Games in Maputo, Mozambique.