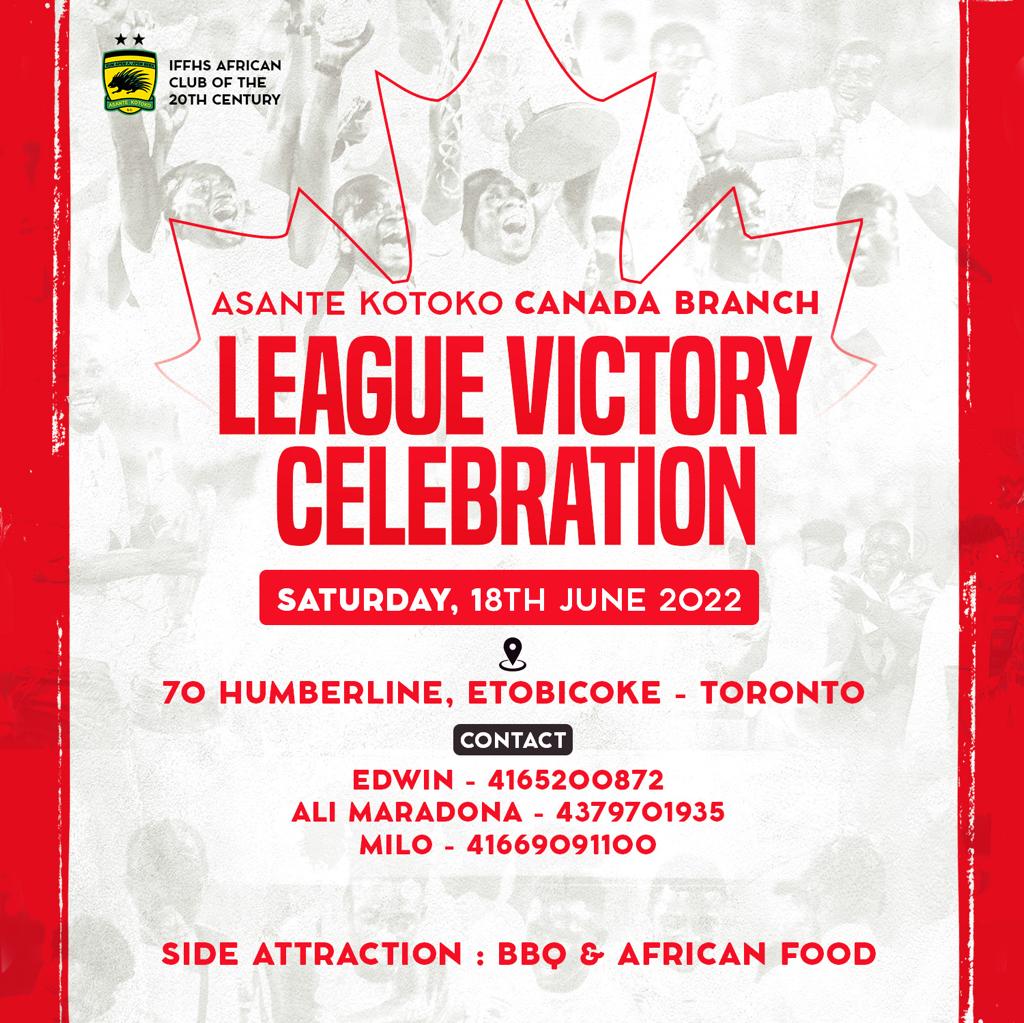 The victory party has been organised by former officials of the team, Ali Maradona and Edwin Boateng, with fans of the clubs expected to flood the streets of Toronto.

Fans are expected to have fun at the party with African food and barbeque to be served at the event.

The Porcupine Warriors won the 2022 Ghana Premier League after dominating the season, and were by far the best team in the country.

The Reds play their last game of the season on Sunday against Accra Lions at the Accra Sports stadium.

Lethal Cameroonian forward, Frank Etouga is gunning for the golden boot and hopes to smash Ishmael Addo's 22 goal haul in a season.

Etouga has 21 goals with a game remaining.