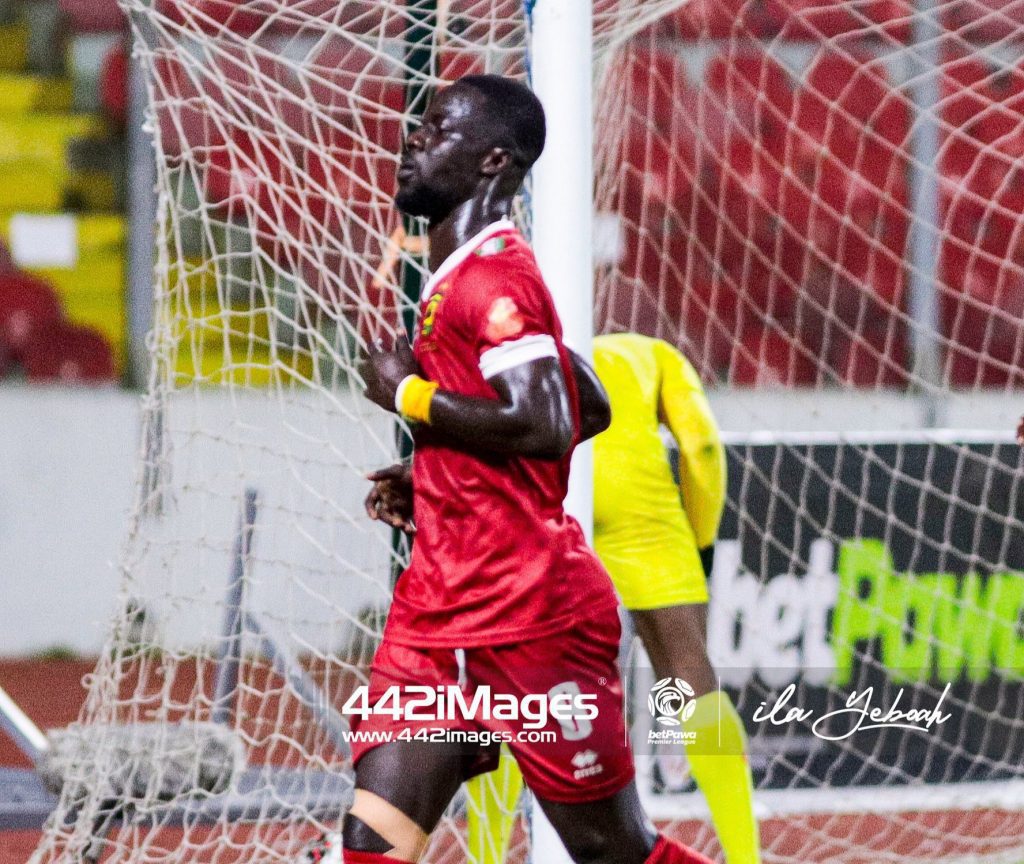 Asante Kotoko SC captain Richard Boadu has reacted after scoring his first ever goal for the club on Monday when they overpowered rivals King Faisal Babes in the Kumasi Derby.

Boadu was one of the goal scorers as the Porcupine Warriors imposed a 3-0 defeat on Faisal in the matchday four fixture of the Ghana Premier League at the Babayara Stadium.

Ugandan import Steven Dese Mukwala got the opening goal of the match for Kotoko as early as the 10th minute after he set up by beautifully by Dickson Afoakwa.

Boadu doubled the advantage in the 27th minute by scoring his very first competitive goal for the club when he converted a penalty kick.

Nicholas Mensah completed the victory for the reigning Ghanaian champions with another goal just a minute after the restart after he was assisted by Mukwala.

Boadu took to his Twitter page to express his elation for netting his first goal in the Red shirt.

"God bless you family ❤️🇦🇹 we keep focusing. My first goal for my lovely club

Boadu signed for Kotoko at the beginning of the 2021-22 season where he managed to make 30 appearances in the league without scoring a goal.

He has featured in all three games into the 2022-23 campaign and has scored once in the process.