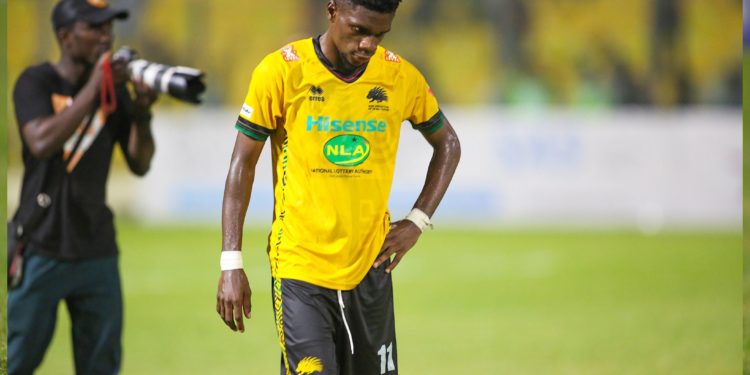 Asante Kotoko coach Seydou Zerbo is unconcerned about Mbella Etouga's absence ahead of Sunday's match against RC Kadiogo, believing that the available players will do the job.

Etouga, Kotoko's top scorer last season with 21 goals, is said to have boycotted training in an attempt to force a transfer abroad.

The striker was not part of the squad that travelled to Benin to beat Burkinabe champions 1-0 in the first leg of the CAF Champions League preliminary round tie.

The second leg will be played on Sunday at the Baba Yara Stadium, with the Cameroonian striker ruling himself out, but Kotoko's Burkinabe coach is confident that those who are available will secure another win to secure qualification to the second round.

“Asante Kotoko is a big club and if Mbella isn’t around, that doesn’t mean the club won’t be there,” he said during his pre-match conference.

“I heard he’s is an important player but I didn’t work with him but I believe those who won in Benin can equally step up for the club.”