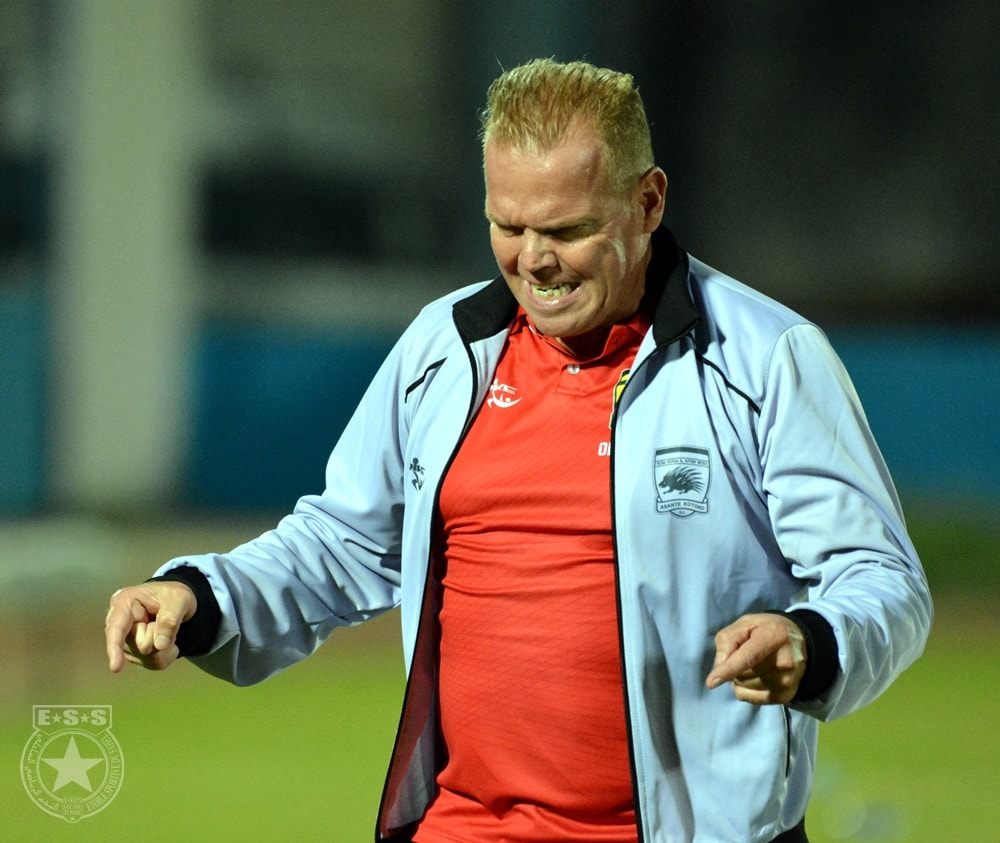 Asante Kotoko coach Kjetil Zachariassen is facing the sack after the team got bundled out of Africa under his watch.

The Norwegian trainer could not qualify the Porcupine Warriors to either of the Group stages of CAF's inter-clubs competitions.

On Sunday, Kotoko were knocked out of the CAF Confederation Cup after losing 2-0 at San Pedro to suffer a 2-1 aggregate defeat.

Zachariassen for the club in July this year to replace CK Akonnor who was brutally fired after leading them to the Group stage of the continent's second-tier competition.

Earlier, he failed to steer the club to the CAF Champions League money zone after suffering elimination at the hands of Tunisian side Etoile du Sahel.

His post-match comments that the club's level was rather the Confederation Cup riled supporters who demanded his immediate removal.

Per his contract,  he was  tasked to lead the Porcupine Warriors to the group stage of the 2019/20 CAF Champions League in the first season.

Then in the second-year, qualify the team for the Champions League again with the target of a semi-final berth.

And in his final year, tasked to reach the final of the CAFC Champions League.