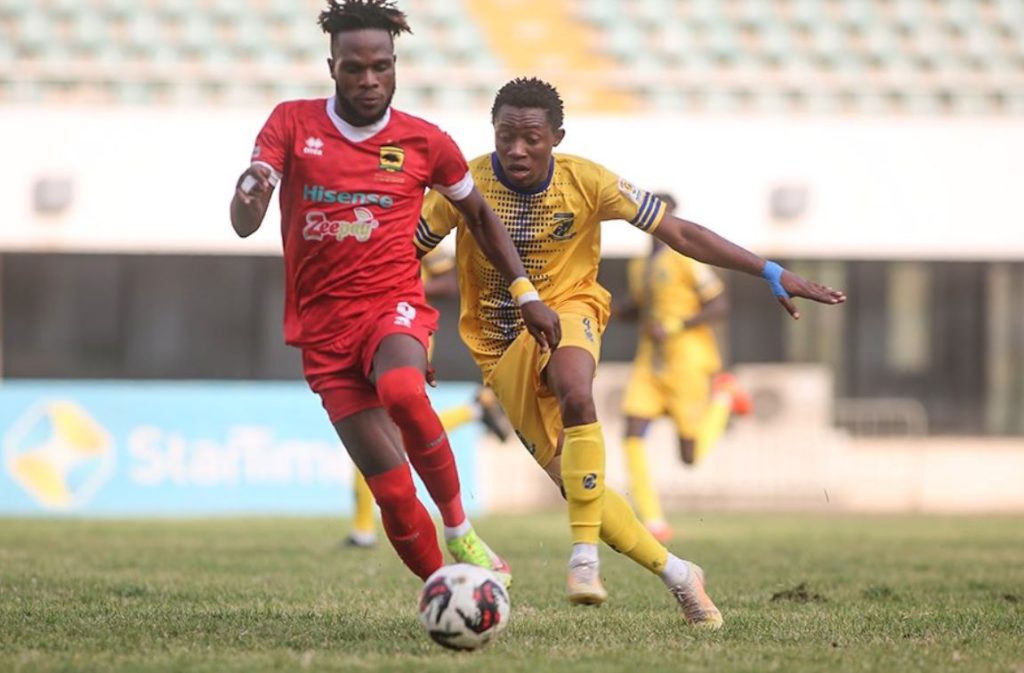 The Porcupine Warriors failed to record a win for the second game running after drawing against Tamale City 1-1 at the Aliu Mahama Sports Stadium on Wednesday.

An own goal from Issah Nyaabila saw Asante Kotoko take the lead in the 84th minute before Babamu equalized in the 86th minute.

Speaking after the game Coach Zerbo said, “We have drawn three consecutive matches and this is individual mistakes from the defence…six minutes to the end of the game and we lost concentration and they have the equalizer.”

The defending champions are second on the league table with 20 points.

Hearts of Oak play King Faisal on Thursday at the Baba Yara Sports Stadium and a win for The Phobians will see them overtake the Porcupine Warriors on the league table.