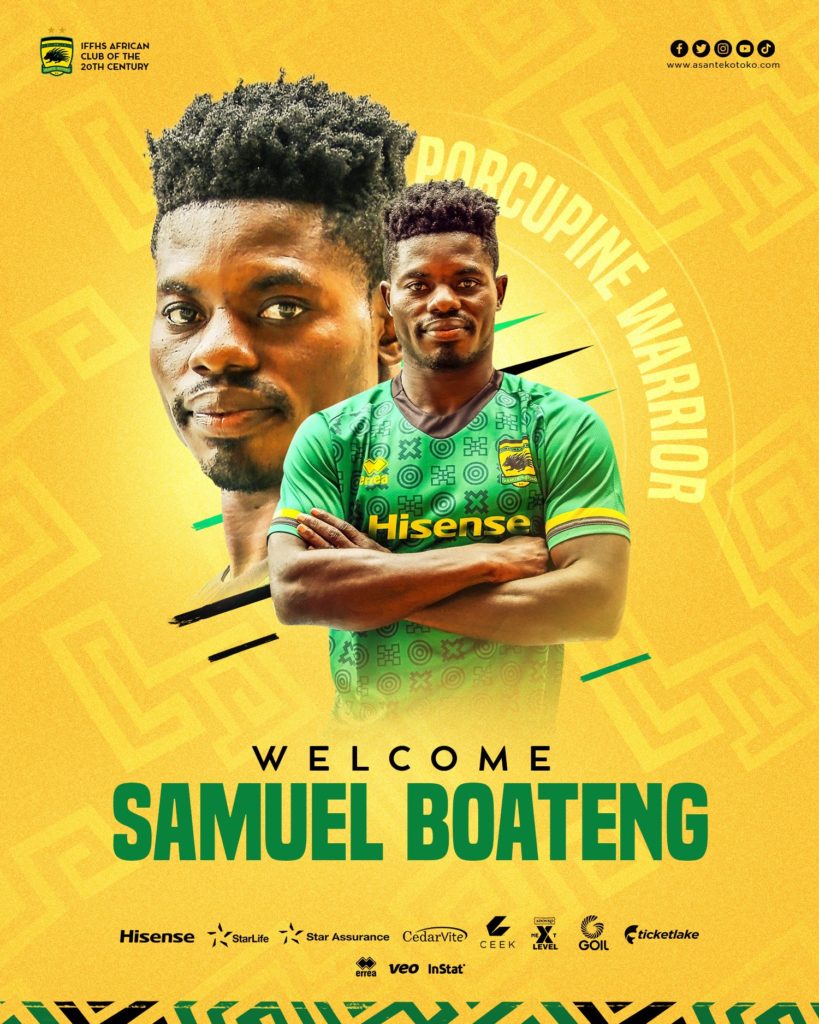 Boateng is joining from newly-promoted Ghana Division One side Future Stars FC on a three-year contract which will run until 2024.

Kotoko made the official announcement of Boateng on Thursday after he passed a medical examination.

Boateng was lethal in the Ghanaian third-tier league having bagged 18 goals in 15 appearances.

The budding talent becomes the 4th acquisition of the Porcupine Warriors ahead of the upcoming campaign.

Richmond Nii Lamptey, Maxwell Agyemang and Clinton Opoku have all been added to the squad for next season.