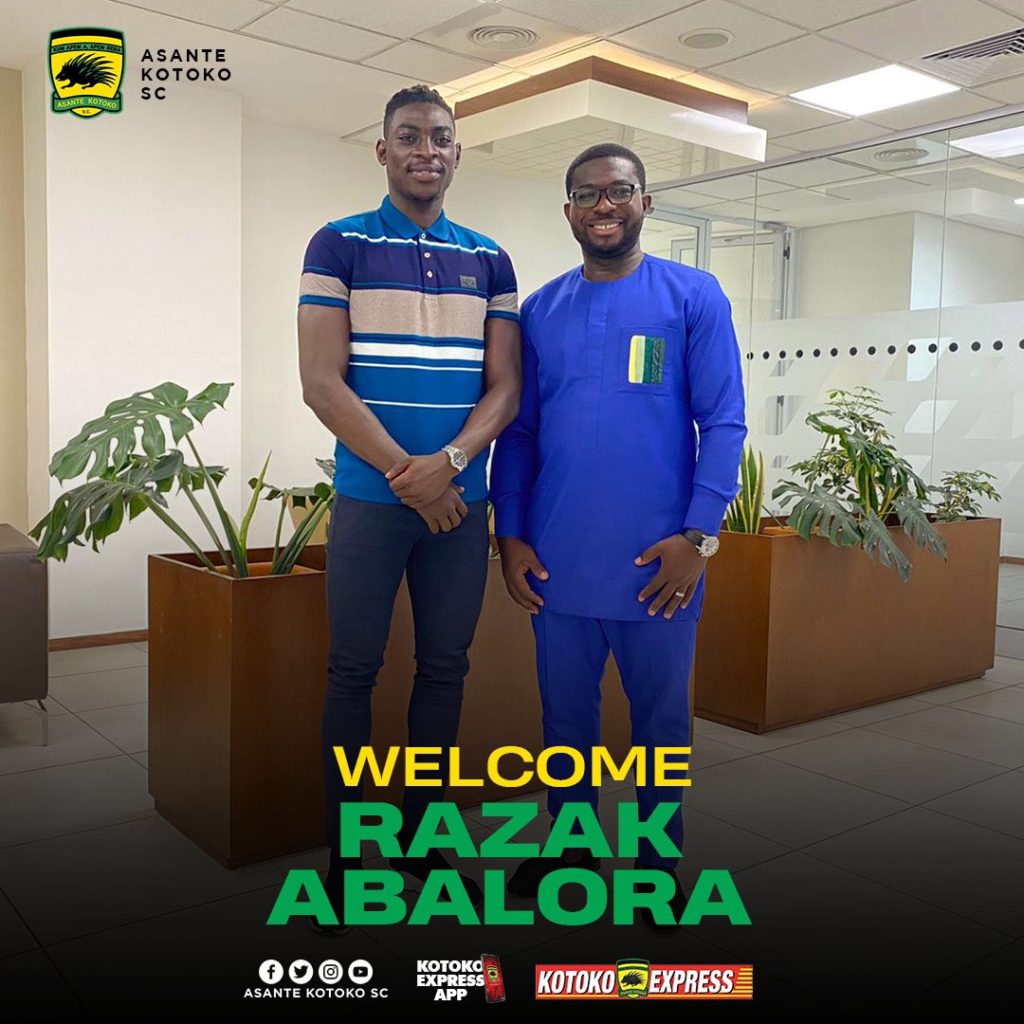 The Porcupine Warriors announced the signing on Tuesday, a day after Ghaanasoccernet.com reported that the move was close.

Abalora joins on a free transfer after terminating his contract with Tanzanian club Azam FC.

He made his Black Stars debut in Monday's thumping victory over Qatar in the international friendly.

He will return to Ghana before the weekend to start his career at Asante Kotoko.

Abalora will compete with captain Felix Annan and Kwame Baah for the number one spot.

Kotoko are looking to build a formidable squad ahead of the coming season.