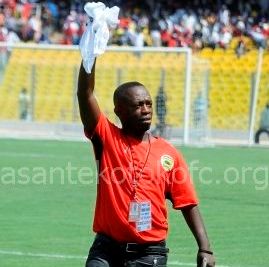 This follows a board decision on Thursday to endorse management's intention to reconstitute the technical department.

"I had a cordial discussion with him over the Board's decision and so therefore he won't be our coach for next season."

Nti also disclosed the arrival of a fresh face to fill the void created by Sabuto's departure.

"We are expecting a new person to take over Sabuto's role, this we have made clear and he is in the know, that is the decision of the board."

Acheampong's departure was confirmed the same day news emerged of head coach Bogdan Korak's exit from the club after supervising Kotoko's pre-season activities in Serbia a few weeks ago.

A Press release is expected on Monday to give detailed information about the current restructuring process at the club.