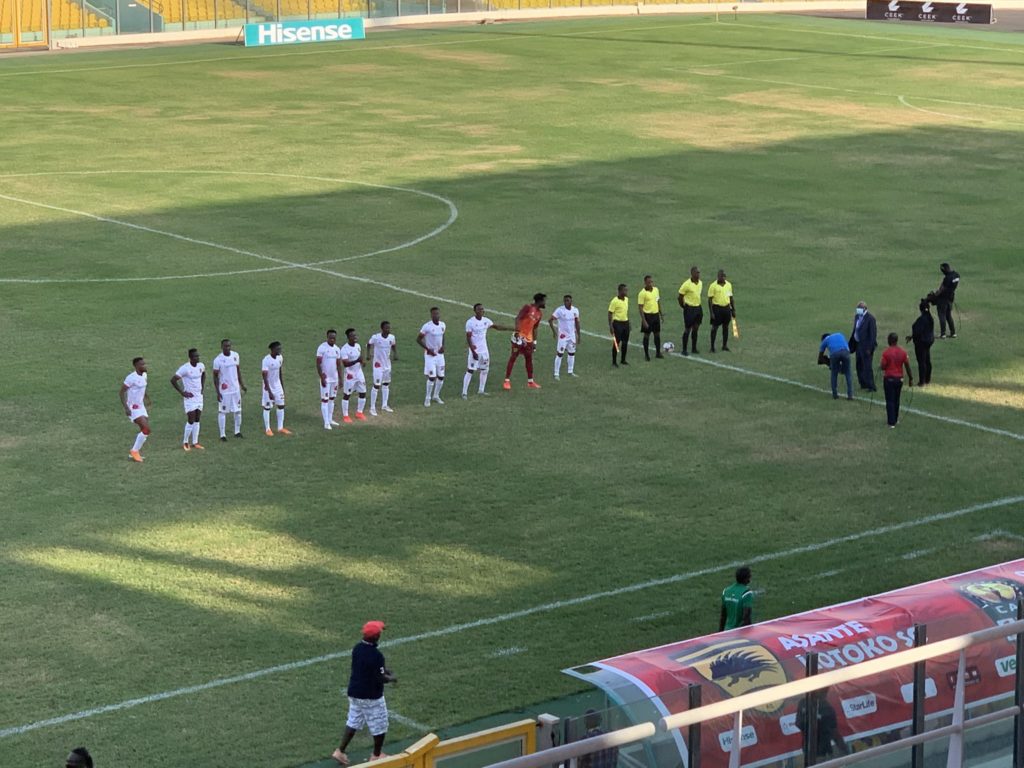 Asante Kotoko have been declared winners of their CAF Champions League preliminary round qualifier against FC Nouadibou of Mauritania without kicking a ball.

This was after their guests failed to raise a team for the return leg clash at the Accra Sports Stadium on Sunday.

Two players of FC Noadhibou were positive after a second COVID-19 test and had to be removed from their squad.

This meant the Mauritanian side, who travelled with 16 players, were left with 14 for the tie but the competition states a team with more than 14 players can start a match.

After hours of deliberation, the Match Commissioner, walked Kotoko onto the pitch to be officially declared winners.

The match was originally fixed for  Saturday, December 5, 2020 but had to be postponed due to the test results of the two FC Noadhibou who were positive.

They challenged the test results and asked for a second one the following day (Sunday) to authenticate it.

The Porcupine Warriors will now face Sudanese side Al Hilal in the final qualifying round.

@AsanteKotoko_SC declared winners of the game. Match officials led the Porcupines to the field for the formal declaration. pic.twitter.com/MaeatymnMA