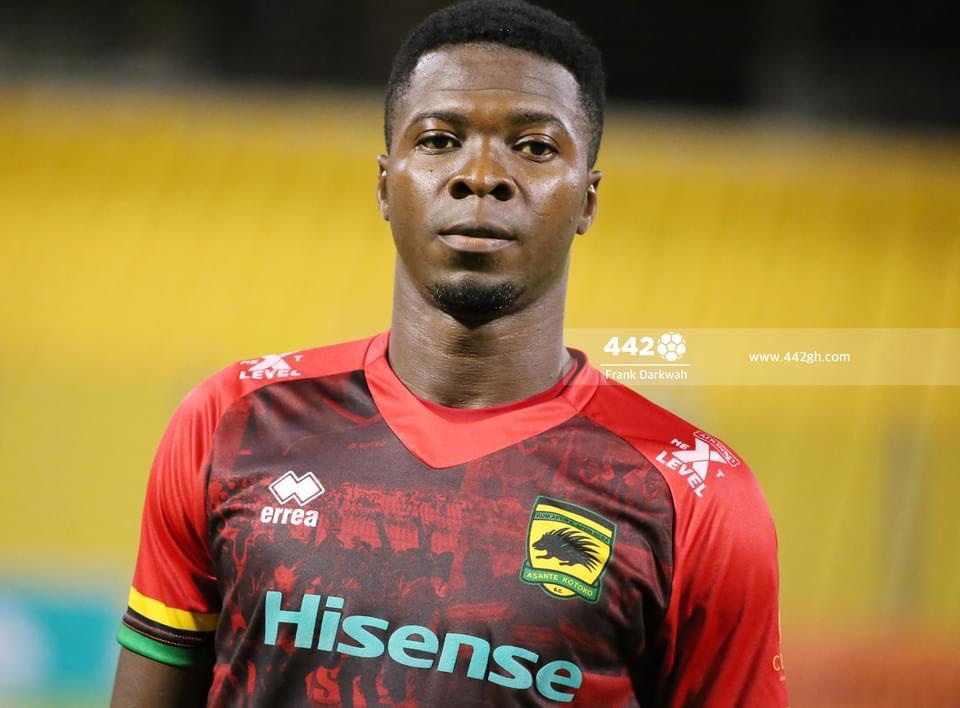 Asante Kotoko defender Ismail Ganiyu is set to be on the sidelines for recovery after he sustained an injury against Inter Allies on matchday 29 fixture played on Monday.

The Porcupine Warriors secured a hard-fought 3-2 win over Inter Allies at the Theatre of Dreams, in Dawu.

The towering-center back was substituted and replaced by Mubarik Yussif after the first 45 minutes.

Kotoko coach Mariano Barreto after the game says the 25-year-old got injured due to the poor nature of the pitch at the Theatre of Dreams, Dawu.

“I had two injury situations. We had to replace Ganiyu because of injury afterwards Evans also sustained an injury because the pitch is not good. I don’t understand how this pitch can be approved for league match,” he told Eli Kondoh in the post-match interview.

“Sometimes when we lose we try to find excuse but I tell you this pitch doesn’t meet any of the conditions to play a league match on,” he added.

The club is yet to determine the extent of the injury sustained by the Black Stars defender.

Ganiyu is likely to miss Asante Kotoko's game against Thunderbolt FC in the MTN FA Round of 32 fixture this weekend.