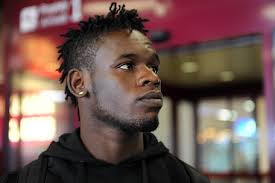 The Accra High Court Financial Division Two has set Tuesday, October 22, 2019, for the case management conference of the case against player, Emmanuel Clottey.

Head of Administration and Legal Affairs, Samuel Sarfo Duku disclosed this to Kotoko Express on Wednesday.

Sarfo Duku said the case was heard during the application for directions on Wednesday where the issues for determination by the court were set.

Emmanuel Clottey has prayed the court to compel Kotoko to pay the US$180,000 fine imposed on him in 2015 by FIFA as a result of contract breaches against Tunisian side, Esperance.

The striker is also asking the court to make Kotoko pay for the salaries and allowances he would have received within the period of his ban by FIFA.

Clottey, a former Great Olympics and Berekum Chelsea striker, signed for Asante Kotoko in 2015 but would soon have his status challenged at the world football governing body, FIFA, by Esperance, who claimed to have a running contract with the player at the time he signed for the Porcupines