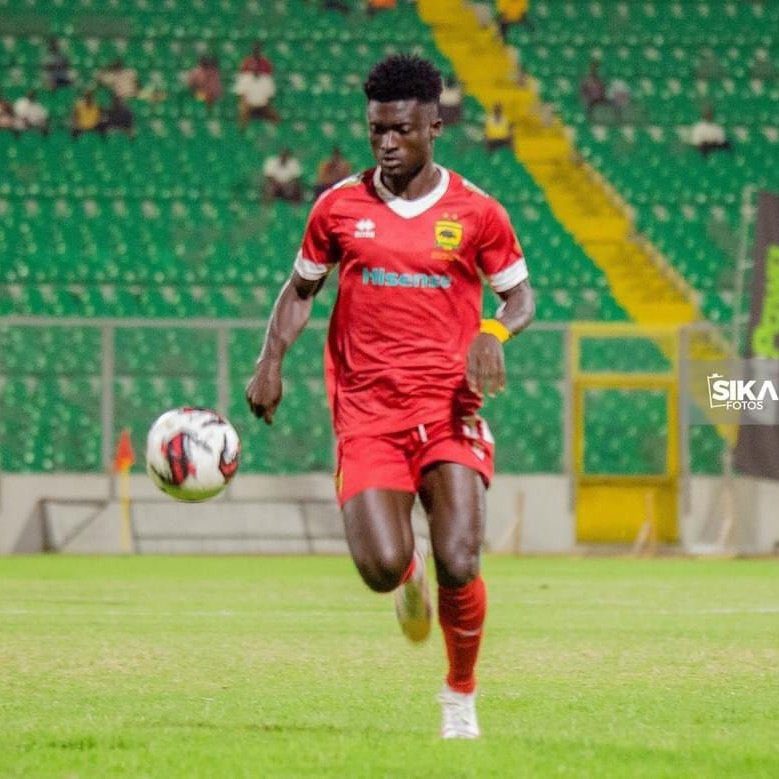 Mensah scored the equaliser in the 2-1 victory at Kumasi's Baba Yara Stadium. It was his second goal of the season, and it came at a critical time for the Porcupine Warriors, who were on the verge of another loss.

Samartex took the lead four minutes after halftime, thanks to a powerful strike from outside the box by forward Prince Antwi.

The lead lasted until the 78th minute when the home team's relentless pressure paid off with Mensah scoring from close range.

The goal boosted Kotoko, who won in the 86th minute when Augustine Agyapong smashed home a free kick.

Kotoko are third after the win, and will travel to Tarkwa to face Medeama this weekend.