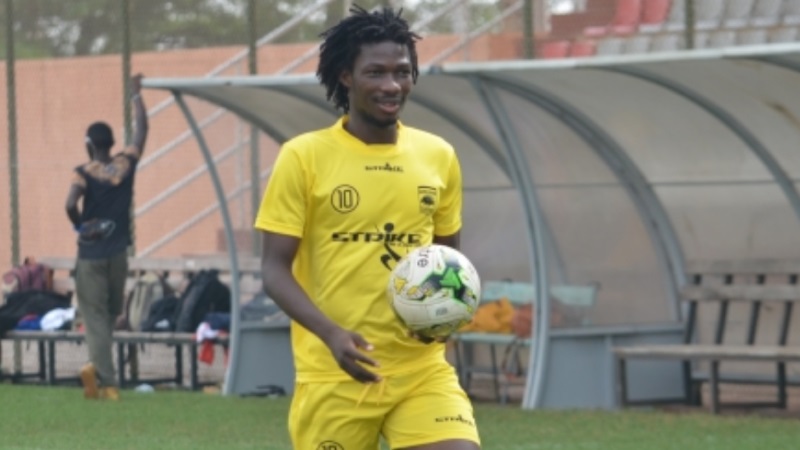 Asante Kotoko attacker Sogne Yacouba has been excluded from the team to face Nigerian side Kano Pillars in the CAF Champions League second leg clash on Sunday.

The 27-year old's late arrival to camp is a reason for his exclusion from the squad to face Kano Pillars.

Yacouba started training a week ago after over staying his time in Burkina Faso following the start of their competitive campaign.

The Burkinabe attacker missed the first leg in Kano a fortnight ago. A game Asante Kotoko lost 3-2 at the Saani Abacha Stadium.

Coach Kjetil Zachariassen will rely on Ugandan forward George Abege and Ricahrd Arthur for the crucial game in Kumasi.

A 2-1 win or a two goal margin victory will send the Porcupine Warriors through to the next stage, where they will face the winner of the game between Haifa FC and Etoile Du Sahel.