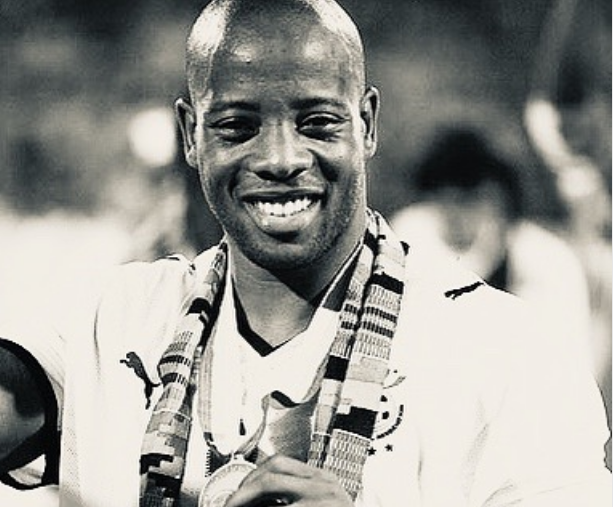 The 40-year old had battled with sickness for a while and was recuperating from his sickness until he gave up the ghost.

Junior Agogo became a household name in Ghana following his stellar performances for the Black Stars during the 2008 Africa Cup of Nations which was hosted here in Ghana.

He scored three goals in the AFCON for the Black Stars.

Ghanaian club Asante Kotoko posted "We are saddened to learn of the death of former Black Stars striker, Junior Agogo. We extend our condolences to his family at this extremely difficult time.

While Hearts wrote “@HeartsOfOakGH is disheartened to learn about the passing of former Ghana striker Junior Agogo.

The thoughts of everyone at the club are with Agogo’s family at this sad time.