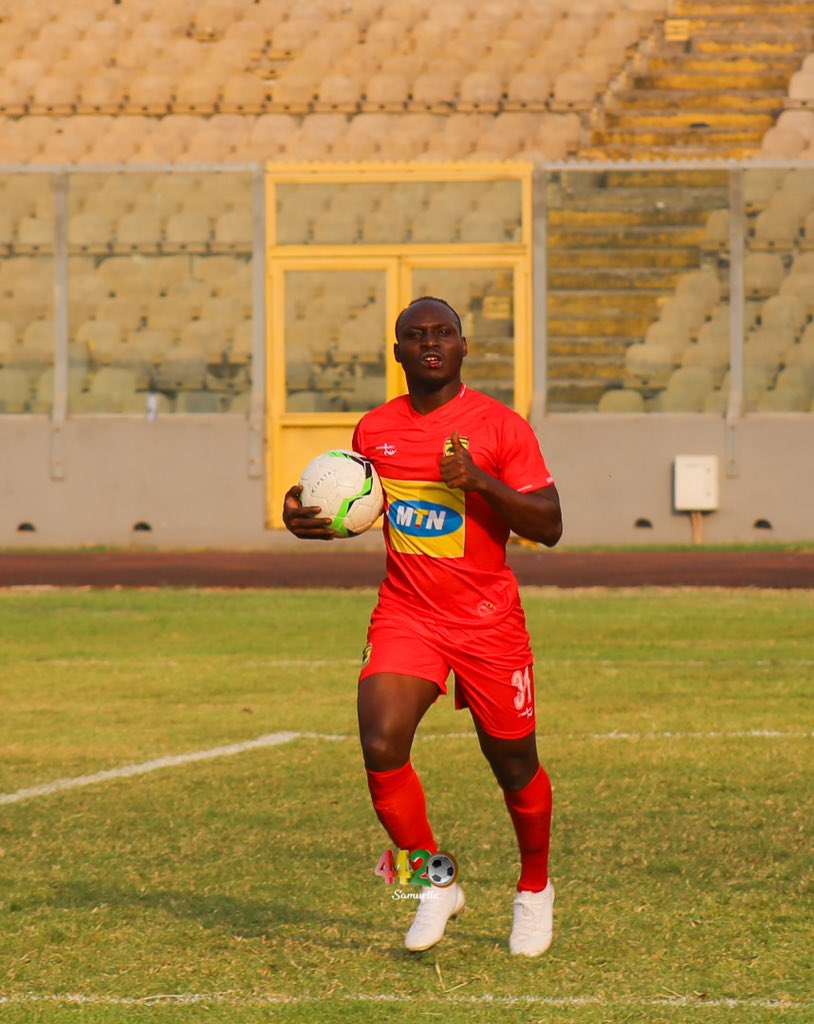 Asante Kotoko are talks with William Opoku Mensah regarding a fresh contract at the club, according to local media reports.

The striker’s one-year deal has expired, but the club would like him to continue as he is part of their plans for the new season.

Opoku Mensah is said to have impressed head coach Maxwell Konadu, who has convinced the club to offer him a new deal.

According to reports, Kotoko have tabled an improved two-year deal and are optimistic Opoku will sign the contract.

The 24-year-old joined the Porcupine Warriors after terminating his contract with American lower-tier side Swoop Park Rangers.

He scored two goals in eight appearances in the truncated 2019-20 season.

Kotoko will be competing in three competitions - CAF Champions League, Ghana Premier League and FA Cup - in the upcoming season.

They have set sights on winning the domestic trophies and excelling in the continent's flagship club competition.