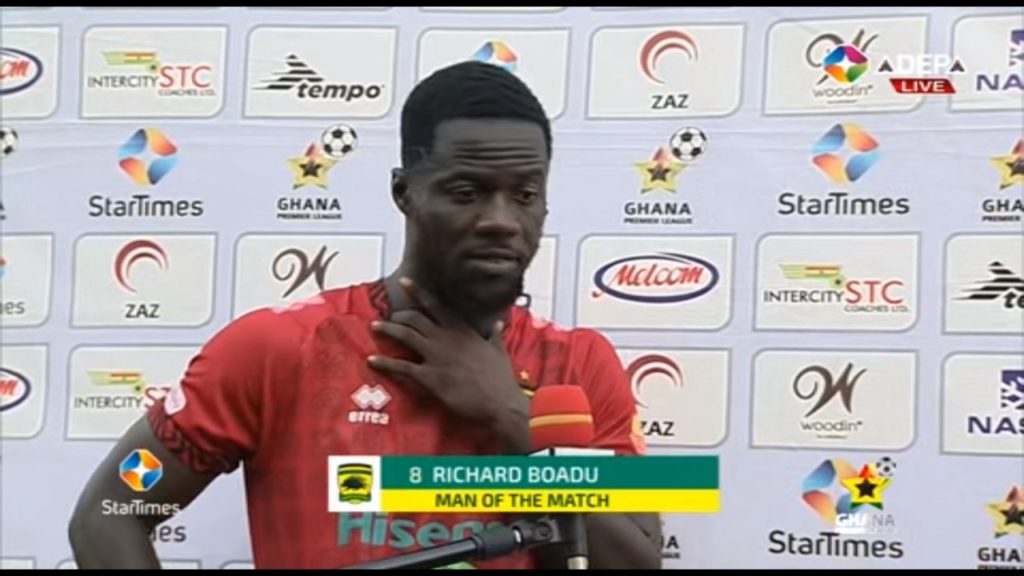 Asante Kotoko midfielder Richard Boadu has been ruled out of the game against WAFA in the Ghana Premier League week 27 fixture.

The former Medeama midfielder picked up a card and will miss the tie against the academy lads in Sogakope.

Boadu will miss the game due to an accumulation of cards.

Kotoko coach Prosper Narteh Ogum will be missing his two combative midfielders against his former side WAFA with Boadu out of this game.

Justice Blay will not be featuring in the game due to an injury which has ruled him out of the rest of the season.

Kotoko will now be left with Mohammed Sherrif in this game against WAFA.

The Porcupine Warriors will be hoping to bounce back from last Sunday's defeat to Legon Cities at the Baba Yara Sports Stadium.

The league leaders have lost two games in a row and must win away to stretch their lead on the league table.

Asante Kotoko leads the table with 52 points after match week 26.