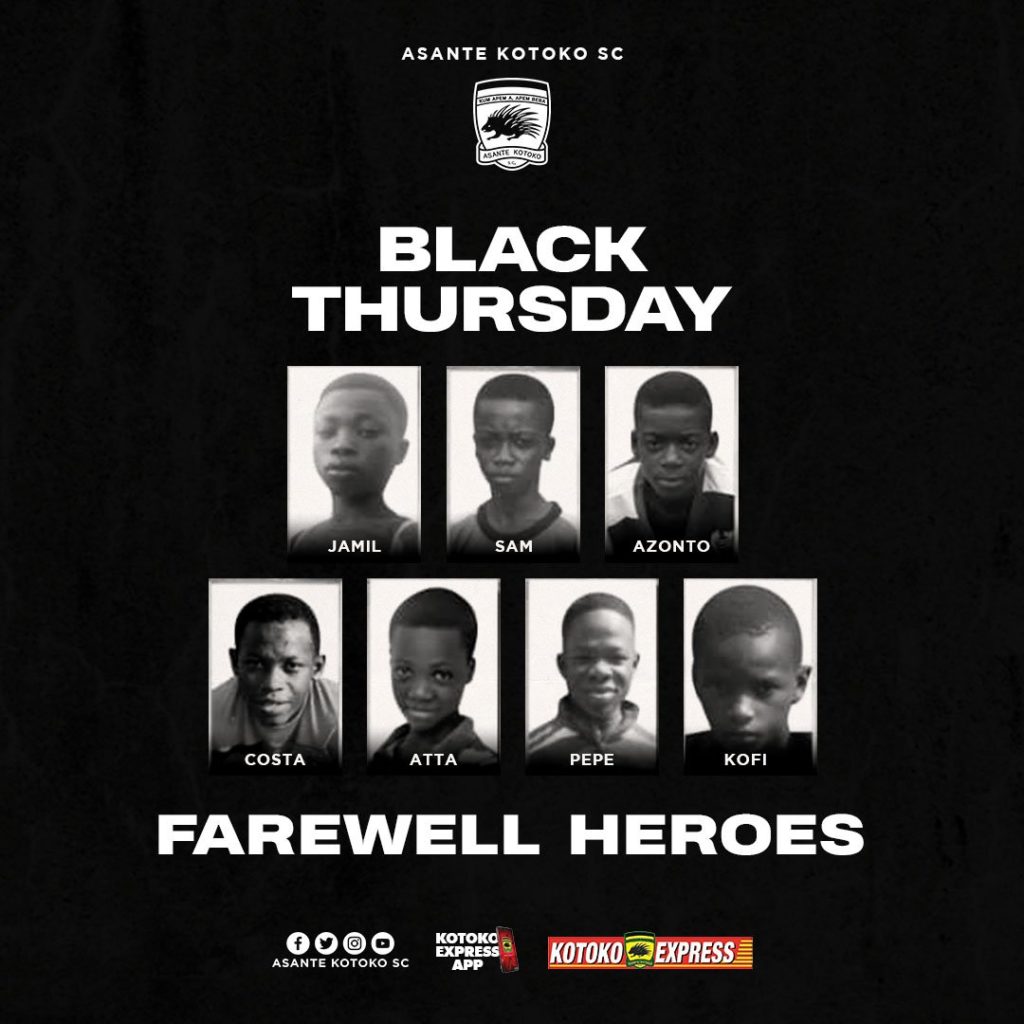 Ghanaian giants Asante Kotoko have said their final goodbyes to the eight African Vision Soccer Academy players who died in an accident a week ago en route to a juvenile registration center.

Four of the eight players will be buried today at a mass burial ceremony in Kumasi.

The players died after the mini van carrying them veered into the river Offin, leaving several injured with six dying at the spot.

Two more were later announced death after their arrival at the hospital.

Kotoko posted a picture of the eight boys with the caption, "We mourn with African Vision Soccer Academy."

The news of the death of the young footballers sent shock waves across the footballing world last week with several top sports personalities paying tributes to the players, including FIFA president Gianni Infantino.

The injured players aged between 12 and 15 have now been discharged and will undergo a restorative seminar from the FA and a medical team from the Komfo Anokye Teaching Hospital.