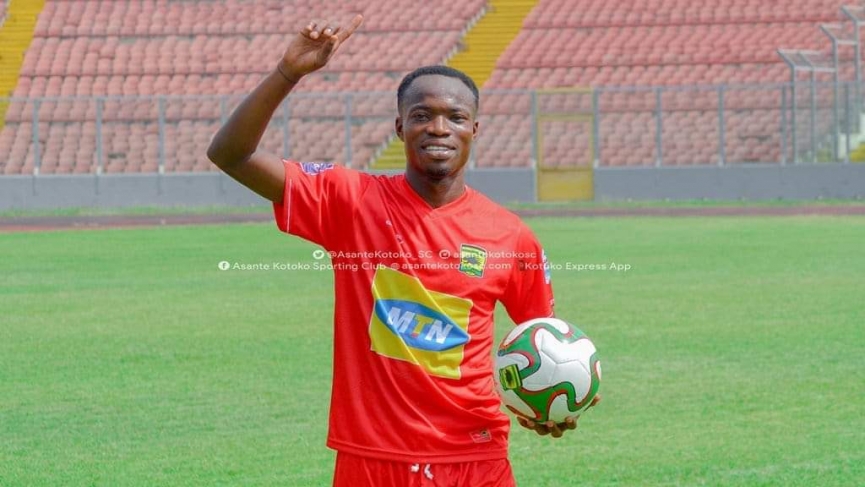 Newly-signed Asante Kotoko midfielder Kwame Adom Frimpong has registered his delight with the move — promising for help the club win laurels in the forthcoming campaign.

Adom signed a three-year contract with the Porcupine Warriors after joining as a free agent.

He arrives after his one-year stint with Omani side Salalah S. Club came to an end in the season gone by.

The talented midfielder could not hide his joy after completing the switch, and says he will help them win titles during his stay.

"I am very happy to be here. It is a dream come true as I have yearned for this opportunity since childhood,” Adom stated during his unveiling.

He was with the squad for the pre-season tour of the Central and Western Regions as a trialist and played full throttle as the Reds played goalless draw with Skyy FC in Daboase.