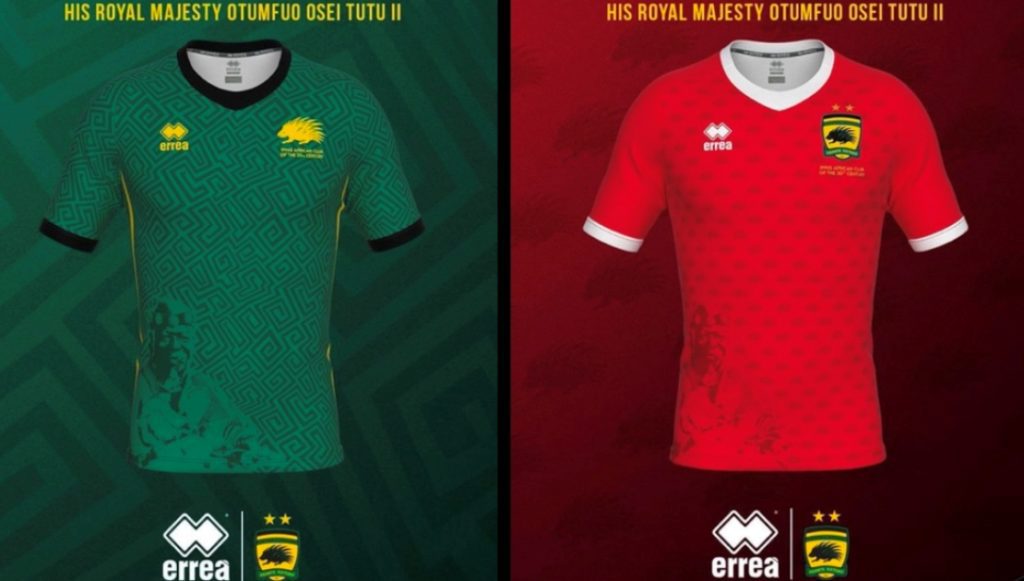 Management of Asante Kotoko have reportedly been asked to remove the image of Otumfuo Osei Tutu II from their soon-to-be released jersey.

The leadership of the club decided to have the image of Otumfuo printed on their new jerseys ahead of the new season, as a way of celebrating the club's life patron.

However, according to Kessben Media, the King of the Ashanti Kingdom has disapproved the idea of having his photo embossed on the club's kit.

The unveiling of the jerseys manufactured by Errea has received mixed reactions, with bankroller of King Faisal Babies describing the move as uncivilized.

Meanwhile others believe it is the best way to advertise the Ashanti Kingdom to the world.

The Porcupine Warriors have start preparations to the defence of the title they won last season, and will leave Ghana on August 15 to continue pre-season in Turkey. They will play a series of friendlies before returning to start the new campaign next month.