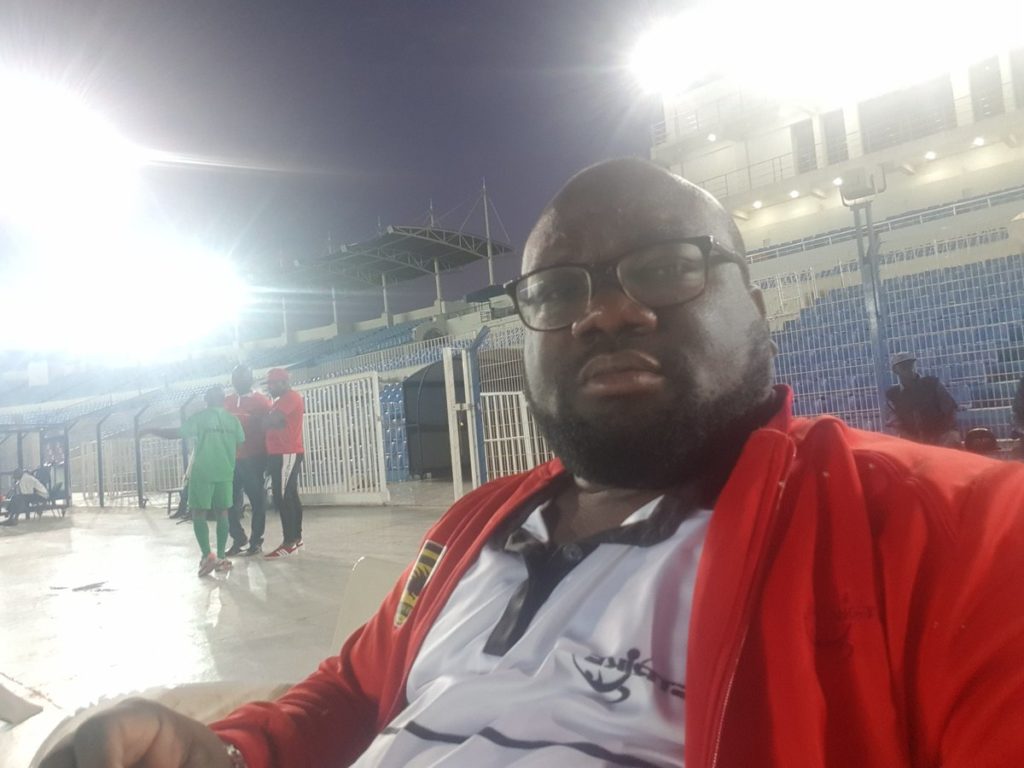 Asante Kotoko Policy Analyst Amo Sarpong has had his temporary ban revoked and now banned from all football activities for a six-month period with immediate effect.

Sarpong hogged the headlines last month when he fired gun shots at the Golden City Park before being beaten up by incensed fans of Berekum Chelsea.

He pleaded not guilty as charged before the GFA Disciplinary Committee.

Sarpong admitted in his testimony that he exercised wrong judgement when he announced publicly that he was calling for police reinforcement by picking his phone and placing a call to the Regional Police Commander.

2. He, however, admits in his testimony that he exercised wrong judgement when he announced publicly that he was calling for police reinforcement by picking his phone and placing a call to the Regional Police Commander.

3. This conduct he admits before the GFADC was wrong because he ought to have complained about the alleged inadequate security at the venue to the Match Commissioner.

4. Yaw Amo Sarpong again admits that security for the said match was the responsibility of the Home Team.

5. His assertion that, before commencement of the match and prior to the incident, he was called upon to make peace following an incident where someone had been slapped is duly noted.

6. GFADC notes that much as he may have meant well in the said intervention, it was not within his power or jurisdiction to personally assume such responsibility and proceed to announce publicly that he was calling for police reinforcement to the Berekum Golden City Park.

7. This conduct, the GFADC finds improper, irregular and contrary to standard procedure.

8. Yaw Amo Sarpong again admits to going for his gun from his car boot and firing four times into the air. He put himself in harms-way by said announcement and subsequent action of firing the gun regardless of the complained provocation.

9. The GFADC is unable to accept his assertion of acting in self-defense in the said act against people he asserts were hitting him with bricks and sticks for making the said announcement for police reinforcement.

10. The GFADC has seen evidence of head inquiries and a doctor’s report confirming same, and sympathizes with Mr. Yaw Amo Sarpong for the unlawful injuries inflicted on him.

11. The GFADC is happy to note that Mr. Yaw Amo Sarpong testifies that he is capable of identifying those who assaulted him. The Committee urges the police to fast track investigations into the complaint lodged by Mr. Sarpong and to ensure speedy prosecution.

12. Yaw Amo Sarpong is however guilty of misconduct and he is suspended from all football matches and competitions for six months with immediate effect pursuant to Article 39.1(a) of the GFA General Regulations.

13. It is stated, for the avoidance of doubt, that the ban handed him earlier as a result of his conduct is hereby revoked.