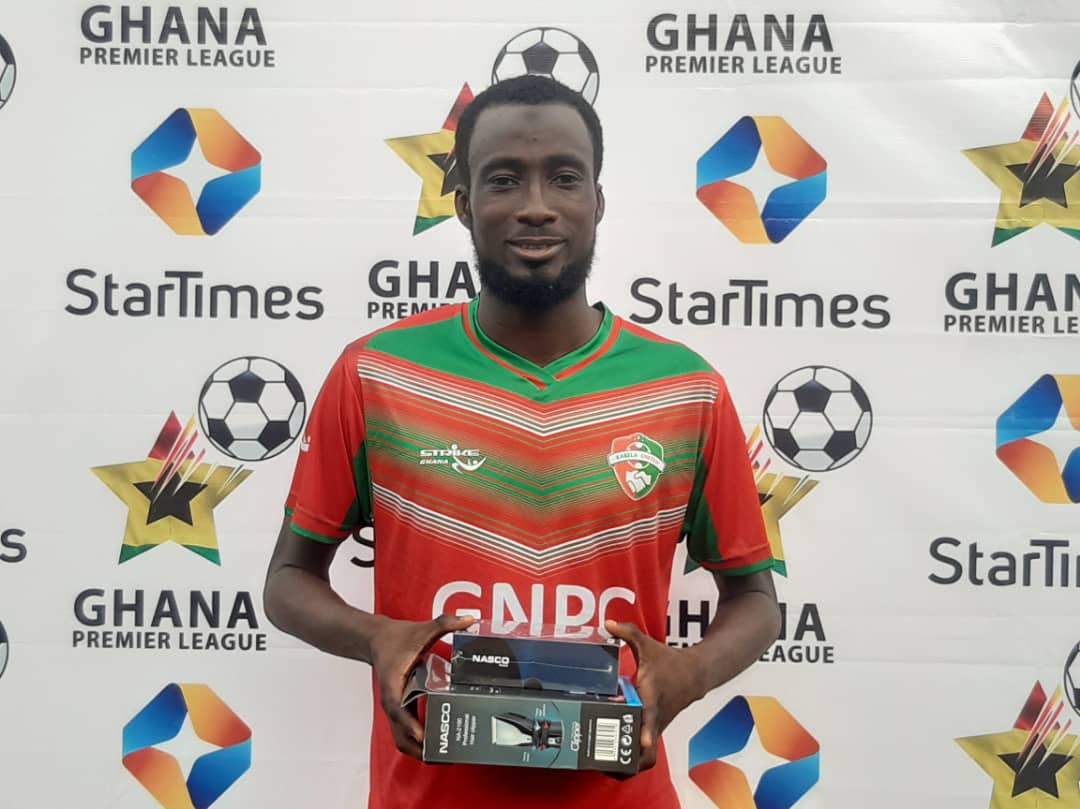 Asante Kotoko SC have reached an agreement with midfielder Umar Bashiru over a possible re-signing ahead of the upcoming football campaign, GHANAsoccernet.com understands

Bashiru has been a mainstay in the Ghana Premier League since switching to Karela United in April 2020 after leaving Kotoko in July 2019.

The 25-year-old central midfielder has been consistently outstanding having played 64 games and scored 17 goals across two seasons.

Bashiru had an impressive campaign in the last season where he netted 13 goals in 33 appearances with five man of the match awards in the process.

Kotoko are looking to strengthen their squad depth for the upcoming season with more quality players including Bashiru who previously had stints with the Porcupine Warriors.

The lanky player signed for Kotoko in October 2018 from WAFA SC but had to part ways with the club just a year.

Bashiru is currently part of the Ghana squad that are seeking to qualify for next year's CHAN tournament in Algeria.

He provided two assists in the first and second leg matches against Benin in the Preliminary Round with the Black Galaxies advancing on a 4-0 aggregate scoreline.