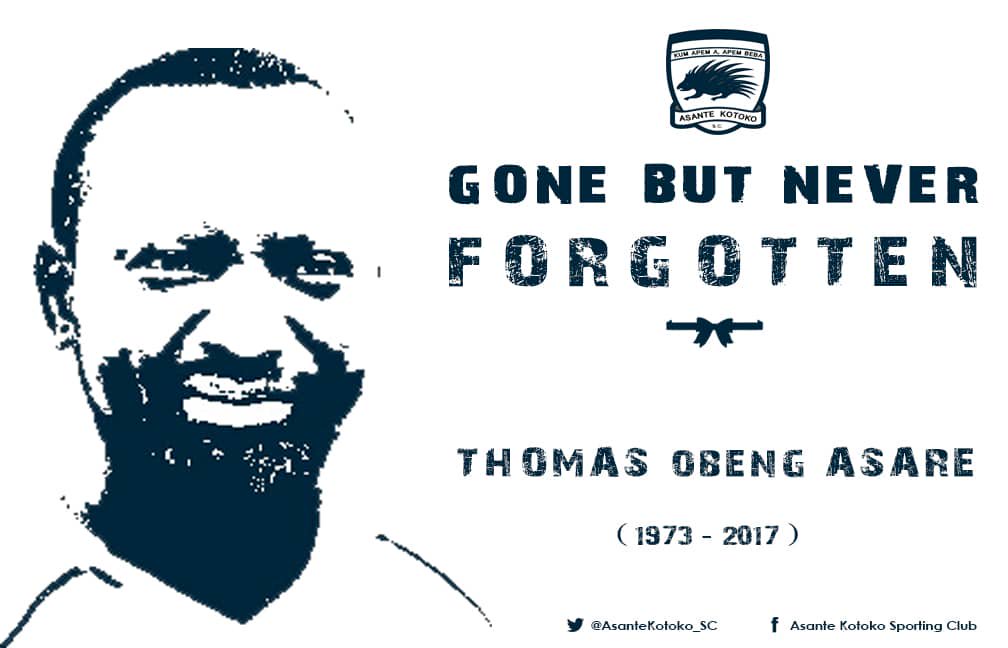 Asante Kotoko have remembered the club's deputy equipment officer Thomas Obeng Asare who died on the spot exactly two years ago 12 July, 2017 when their team bus rammed into a stationed truck on the Nkawkaw.

The 26 players and officials on board survived with injuries.

Kotoko's squad were returning to Kumasi from Accra after a Premier League game at Inter Allies.

Berchie suffered multiple fractures in the neck and right leg and had three surgeries at the Komfo Anokye Teaching Hospital (KATH) before he was discharged four months after the incident.

Polack also twisted the neck and broke the right knee.

He also spent a month at the KATH and was discharged after undergoing knee surgery.